Lamborghini press conference at the 2017 IAA

On September 12. 2017, around 11:15 Stefano Domenicali, President and CEO of Automobili Lamborghini SpA, introduced the new Aventador S Roadster to the gathered press during the official Press Conference at the 2017 IAA in Frankfurt:

He also mentioned the Lamborghini Urus will be unveiled on December 4. 2017 in Sant'Agata, the world's first Super Sports Utility Vehicle (SSUV) ... "The Lamborghini Urus redefines possibilities, creating a class of its own: unprecedented SUV performance, luxury and versatility, with the distinctive dynamic design DNA of a Lamborghini super sports car. Driving through a new era." according to Stefano Domenicali.

The Automobili Lamborghini SpA stand at the 2017 IAA show in Frankfurt, Germany, once again showcased the Ad Personam Studio on a Huracan Performante, this time with a two-tone exterior livery combining Grigio Acheso with Nero Noctis and a striping in Arancio Anthaeus.

The contrast between the satin grey and glossy black is really nicely done with the sweeping line on the side and the special treatment of the special Performante engine cover ... and once again it shows there a little to no limitations when a customer takes the Ad Personam route for his/her, new Raging Bull.

Printed from www.lambocars.com/lambonews/lamborghini_press_conference_at_the_2017_iaa.html on July 10. 2020 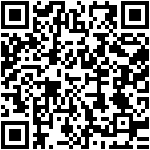