Something really interesting has been listed for sale on eBay ... a rather special looking car called the Sonata built by Enzo Stuarti in the late Sixties or early Seventies ... powered by a real life Lamborghini V12 engine.

This one of a kind car has been featured in many books and has long been believed to have a Miura engine, suspension and transmission underneath the very unique looking bodywork ... however the photos that have been published on the eBay ad do show something totally different.

One of the photos is actually showing the engine, and it sure is a Lamborghini V12 unit, but not from the Miura. In the Sonata the engine is showing six horizontal carburetors and we all know the Miura featured even more expensive triple Weber carburetors, four in total and with vertical intakes ... looking closer at the engine is looks like a Jarama unit, so still a 4-Liter Lamborghini V12 in fact.

The design sure is different, but keep in mind this is a famous, well published one of a kind car that has been lost in time for a very long time ... only to surface now from a seller who lists the car as belonging to his father who acquired this very special Lamborghini related car back in the Eighties.

From the description we also learn the engine hasn't run in over two decades and the bodywork still looks relatively good, seeing photos of the interior it does seem to be in decent shape too, especially for a car being that old and not having been driven for about 25 years.

So in the end the Enzo Stuarti Sonata isn't based on a Lamborghini Miura but still uses a Lamborghini derived V12 engine, coupled to a ZF gearbox ... it has been built back in the late Sixties, early Seventies in a body shop owned by Enzo Stuarti located in New Jersey.

The listing can be found here : Sonata in Lamborgini - eBay motors

Printed from www.lambocars.com/lambonews/lamborghini_powered_enzo_stuarti_sonata_for_sale_on_ebay.html on September 24. 2020 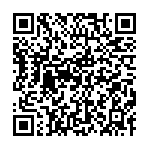