It is very obvious by now that the Murciélago replacement will enter production really soon now, during a recent visit of the factory people saw no less than 6 Reventon Roadsters on the line and several Super Veloce, some sources even state that production of the LP640 Coupé is halted altogether and only the LP640 Roadster is still being produced together with the Super Veloce model ...rumor has it production of the Murciélago will come to a total stop in July, well in time to convert the assembly line to the new model and have it unveiled to the public either at the Paris Motor Show in late 2010 or during the early 2011 Geneva Auto Show.

This leaves us with ample opportunity to take a look at the amazing concept presented on this page, a nice Murciélago restyling design done by Mauro Lecchi, he states : "During the Masters we were given two briefs: with the 'Concept 2020' we had the power to imagine new niches of the market for Lamborghini, ranging from motorcycles, race cars and boats, whereas the second was much more linked to production with different constraints on feasibility, a sort of evolution of current models. In both the first and the second, we had to think of lines that recalled the brand."

As mentioned above, in this case Mauro had several constraints, first of all respecting the original Murciélago package. The idea was not to distort the language of the company, but to use simple and realistic surfaces, creating a form recognizable as Lamborghini, even without a logo on the hood.

The car does not seem like a deliberately stylistic end in itself, in a spasmodic search for futuristic forms never seen before: it is a more realistic interpretation of an object that must still be sold to the public.

The attempt was mainly to create a different front, retaining some characteristic features of both the Gallardo and Reventon: in particular, the air intakes are turned outwards while the headlights follow the same horizontal development as the entire front section.

Another characteristic feature is the negative cut of the roof near the bonnet, with the transparent part that creates a kind of continuity with the latter.

Compliance with the ergonomic standards and equal realistic attention to the interior, through the lessons of Color & Trim, although it has not been developed in all its details.

There aren't many preparatory sketches because, once certain passages were finalized on paper, the definitions of the forms and proportions were made directly by working the clay in scale 1:4.

If we take a closer look at the car we clearly recognize the front of the limited edition Reventon, but the headlights and air intakes are totally innovative. Also the side air intakes are still there, but now they already start on the door, just like on the legendary Countach back in the Eighties.

At the rear we see a dual exhaust system mounted centrally, the taillights are mounted high on the rear and they actually go right up to the shoulder of the car, a very nice touch that visually extends the rear even further.

On the interior we recognize the Murciélago seats and dashboard, but still these are totally different, more futuristic perhaps, but still very recognizable as being inside a Lamborghini.

Naturally this is again a totally unofficial rendering, but still it is nice to see how people outside of the Sant'Agata Centro Stile look at a possible new model for the Raging Bull make.

Can't wait for some official images of the new V12 flagship exotic from Automobili Lamborghini SpA, but I think we are in for a rather long wait until we see anything close to an official press release.

Printed from www.lambocars.com/lambonews/lamborghini_murcielago_successor.html on August 4. 2020 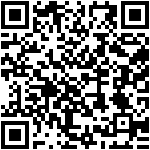