We already know that the Gallardo will receive a few minor tweaks for the MY2007 edition, more about this in one of our previous Newsflash items, but a recent interview with Stephan Winkelmann made some other things clear about the things going on at Sant'Agata these days...

Right now Automobili Lamborghini SpA is on the right track to sell over 2000 years before January 1. 2007, an all time record for the Raging Bull company, and Mr Winkelmann thinks this is about enough, growing further beyond this point could possibly backfire in the long run. He also stated it wouldn't be any problem to sell more than 2000 cars in 2007, but that would also mean that future owners would be waiting over one year for delivery of their car, and to Mr Winkelmann this is simply not acceptable.

When asked the question about new models, Mr Winkelmann responded that both a 2+2 GT and a new SUV are still being considered, but he also insisted that neither the name Espada nor LM will be used for any new model that could be introduced, Automobili Lamborghini SpA is looking at the future, and resurrecting those names from the past isn't seen as a viable solution at Sant'Agata.

Many people are still waiting for the production version of the January 2006 Miura Concept car, but they could be in for a very long wait, Stephan Winkelmann no longer has any intention of producing this amazing automobile, not even in a limited production run, the numbers just don't add up and a Retro design like this isn't in line with Lamborghini's 'on the edge' strategy.
The Miura Concept was created as a celebration of the 40th anniversary of the original model, not to be a preview of things to come ...

This 'on the edge' strategy is explained by Winkelmann as being uncompromising, extreme and truly Italian, a Lamborghini should be wider, lower and more aggressively designed than any of the competitors, and the current Murciélago LP640 is a prime example of this idea ...

For 2007 we can however expect further evolutions of the current models, the magnificent LP640 will loose it's roof towards the end of 2006, when the LP640 Roadster will become available, while during 2007 we should be seeing light-weight versions of both the Murciélago and the Gallardo, maybe even a V10 with rear-wheel drive only ... a Gallardo SV perhaps.

Note that the SV designation has not been confirmed, but it would be nice anyway ... we'll have to wait and see which new masterpieces will emerge from the factory gates at Sant'Agata over the next months.

Printed from www.lambocars.com/lambonews/lamborghini_models_in_2007.html on October 1. 2020 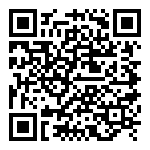