Lamborghini Magazine is Best Magazine in the World

Distinguished with coveted Mercury 'Grand Award' and 'Best of Show'

Despite only having published the first issue of its new customer magazine, Automobili Lamborghini S.p.A has won the 'Grand Award for Magazines' at this year's International Mercury Awards for Public Relations: the prize for the best magazine of the year. Characterised by the three Lamborghini brand attributes of extreme, uncompromising and Italian, the magazine was also named as 'Best of Show' : the most important prize at the Mercury awards.

The prizegiving ceremony will take place on March 23rd in New York.

The Mercury Awards are one of the most important international prize ceremonies in the area of public relations, public affairs and corporate communications. The International Academy of Communication Arts and Sciences (IACAS), which covers a variety of creative disciplines, has presented the Mercury Awards annually since 1987. This year, a total of 940 submissions were made in 20 categories.

The Lamborghini Magazine is published biannually with some 172 pages and an exclusive total circulation of 12,000 copies. Apart from the global English edition, it is also published in Italian and German.

The underlying concept is to base each issue on a single theme, combined with unexpected and bold changes in perspective. The Lamborghini brand and product world is featured with sharp and provocative contrasts.

The award winning first issue was characterised by the single term 'ME'. The second exclusive issue will be published at the end of May, bearing the title 'ON THE EDGE'.

The Lamborghini Magazine is published by Automobili Lamborghini S.p.A. and created together with the agency köckritzdörrich, based in Reutlingen, Germany.

Printed from www.lambocars.com/lambonews/lamborghini_magazine_is_best_magazine_in_the_world.html on June 3. 2020 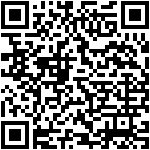