Remember the impressive Lamborghini LM002 from the Eighties? Let me refresh your memory ... we are talking about a mammoth size Lamborghini using a V12 engine derived from the Countach Quattrovalvole (later on from the Diablo) and having four individual seats inside ... which happen to look like Countach units too, and an additional space for six more passengers in 'open' the back section.

Admittedly the Lamborghini LM002 isn't a beautiful car, but it was the 'Rambo Lambo' from the Eighties, nothing would be able to come even close to this dune buggy, add to this the chilling exhaust note and the fact this beast didn't care about fuel consumption too much and you just know not too many were sold in those days ... most of them heading out to the Middle East with some going to the United States, Europe and the Far East.

Today the LM002 is still considered as one of the highlights in the production of Automobili Lamborghini SpA, only about 300 were built between 1986 and 1992 and not too many of these remain in driving order today ... and those that can still be driven are hardly used anymore because of the very high costs of these monsters ... fuel is one thing, but getting a spare tire is a totally different story altogether.

Lamborghini Hong Kong is proud to have one of these amazing off-road Raging Bulls on display in their Pop-up museum as of now, finished in a beautiful dark red metallic over what we think is a black leather interior, this late model LM002 features the optional OZ lightweight wheels and the small 'bumper's which on this car are color coded to the body (on the LM American these bumpers would be chromed and side sills would be installed).

The fact this is a later model LM002 is visible in the shape of the large box in the center of the engine cover, the early LM002 had a very 'boxy' shaped cover because of the V12 Quattrovalvole engine with six dual carburetors ... later models received fuel injection and didn't need the large 'box' anymore. Even if a Lamborghini LM002 would ever get stuck in the sand or mud, the big winch up front will be able to pull out the almost 3 ton of Raging Bull.

The Lamborghini LM002 still holds the title of being the only Lamborghini SUV in history, sure the Urus concept might succeed her in the future, but most likely the latter will not receive the massive V12 engine, so in the end the LM002 will remain a unique Bull ... now on display in Hong Kong.

Printed from www.lambocars.com/lambonews/lamborghini_lm002_on_display_in_hong_kong.html on August 3. 2020 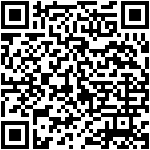