When it comes to scale models of the most recent Lamborghini releases I'm sure we can agree on the fact that MR Collection is most likely to be the first to offer a scaled down version of the new model, both in 1/43 and in 1/18 scale.

The brand new 2014 Lamborghini Huracán LP 610-4 is no exception to this rule ... MR Collection has shown the prototype of a 1/18 model they intend to built for his new V10 Bull, and judging from these first photos it looks like the model will be using the standard wheels but will get the optional glass engine cover. Keep in mind that with the glass engine cover 'option' the real Lamborghini Huracán will also receive the special Forged Composite finish in the engine bay, I can't wait to see this scaled down in 1/18 to be honest.

Once production of the larger scale model starts in April 2014, MR Collection will have a series of shades available, ranging from Bianco Canopus over Giallo Midas, Verde Mantis, Nero Nemesis, Rosso Mars, Azzuro Thetis and Arancio Borealis ... but I guess we'll be seeing a lot of 'custom' shades being released later on.

I haven't seen a price yet, but expect I it to be between the €400 and €500 mark, similar to the earlier Veneno 1/18 models (note MR just did a new release in the Geneva show grey shade) ... and just in case you were wondering, MR Collection also has the Veneno Roadster in the pipeline.

The first production of Huracán models will be for the 1/43 scale in the next weeks, with the larger 1/18 scale following in April 2014 ... do note however the scale model will not be available for purchase before the real car gets unveiled at the 2014 Geneva Auto Show in March.

Printed from www.lambocars.com/lambonews/lamborghini_huracan_scale_model_in_the_making.html on August 6. 2020 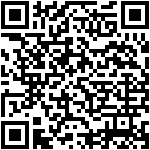