Lamborghini Huracan on display in the Netherlands

One of the highlights at the 2014 Viva Italia event was without a doubt the first public unveil of the new Lamborghini Huracán LP610-4 in the Netherlands by authorized dealer Lamborghini Leusden who managed to obtain one of the factory demonstrator cars to be shipped from Italy to the Netherlands where it would reside for a few days only before the Huracán had to be shipped back to Sant'Agata.

When the event opened the doors to the public at 10am the stunning white metallic Lamborghini Huracán was still partially covered by a black cloth ... and still it drew a crowd ... when the car was unveiled later on it was immediately surrounded by lots of onlookers, the Huracán made quite an impression and looks absolutely stunning in real life.

Many thanks to the people from Lamborghini Leusden that allowed me to photograph the car from every angle, both inside and outside ... we even had the V10 roar in Assen, the sound is breathtaking to say the least ... this is still a real Lamborghini ... only adapted to current standards people have come to expect from a super car in this price range.

The Lamborghini Huracán LP610-4 shown in the Netherlands on June 8. 2014 was the exact configuration the official dealers would receive as their demonstrator units ... finished in white with the optional 20" Mimas lightweight wheels and optional red brake calipers. The standard engine cover is found on these units as the optional glass engine cover with the accompanying Forged Composite engine bay 'cladding' is not available for order yet.

Inside all these dealer demo units will receive a black leather/alcantara upholstery (called Unicolor Sportivo Alcantara) with contrasted red stitching, the smooth leather steering wheel and the Branding Package (emboss logo on the headrest and a Lamborghini script on the dashboard in front of the passenger.

The Lamborghini Huracán LP610-4 in Assen had chassis number 178, so it was a very early production number ... I also learned the first dealer demonstrator V10 would be arriving as soon as the end of June, with actual customer cars following them in a matter of weeks ... so we will be seeing more and more photos of this new V10 Bull in the near future.

Printed from www.lambocars.com/lambonews/lamborghini_huracan_on_display_in_the_netherlands.html on September 28. 2020 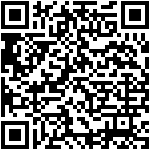