A few years ago the Italian State Police received two Lamborghini Gallardo specifically prepared for high speed pursuits and organ transports. Both cars were equipped with various aids, one of them a camera that could transmit images directly to the Polizia headquarters while the elite drivers that received special training to drive these +200Mph exotics would follow speeding motorists on the highways.

Only recently the oldest of the two was replaced with a new car based on the latest Gallardo LP560-4 edition, but the second one remained in service ... until late November 2009 when it came to a total stand still with a row of parked cars after it was clipped by a careless driver heading onto the road without checking oncoming traffic first.

The Gallardo Polizia was hit, causing it to drive into a row of parked cars, when it was on the return from a convention in Cremona. Judging from the extensive damage to the front of the car it is highly likely this will be a total write off, let's hope they will receive a second LP560-4 Polizia now.

This video was posted on Youtube with a compilation of photographs after the crash :

Printed from www.lambocars.com/lambonews/lamborghini_gallardo_polizia_crashed.html on September 26. 2020 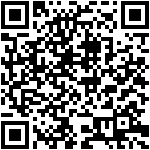