The Lamborghini Gallardo LP 560-4 has been voted "SportsCar of the Year" by German magazine AutoBild SportsCars. Stephan Winkelmann, President and CEO of Automobili Lamborghini, accepted the award for the best sports car of the year at the Essen Motor Show's "Race Night".

August this year already saw the Gallardo LP 560-4 voted SportsCar of the Month by the magazine's jury, and it has now gone on to win the battle for the accolade of "SportsCar 2008". As well as the magazine's editors, the jury also included professional racing drivers and engineers from German vehicle testing agency TUV Rhineland.

"We are delighted with this success in winning one of the most coveted awards in the German automotive sector," commented Stephan Winkelmann. "This honor confirms the outstanding competitive position held by the Gallardo LP 560-4 on the world stage, and reasserts the extremely positive reception it is enjoying among its customers."

Launched in spring 2008, the new Gallardo LP 560-4 once again significantly raised the bar for super sports cars. With its new engine, permanent all-wheel drive and all-new chassis, its performance and handling have taken yet another leap forward. At the same time, the powerful elegance of the LP 560-4 displays a consistent progression of the unique Lamborghini design language.

Printed from www.lambocars.com/lambonews/lamborghini_gallardo_lp560-4_sportscar_of_the_year.html on July 7. 2020 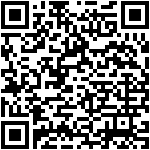