With the introduction of the Terzo Millennio, an all-electric hypercar concept by Lamborghini, and the rumor about a fourth model in the line-up after the Urus becomes a success ... it might not be a bad idea to showcase a new concept that shows tribute to the two most important V12 mid-engine models in Lamborghini history ... the Miura and the Countach.

That is how Flavia Adriani created his 'Spirit' concept, a new Lamborghini model that clearly shows the heritage of the two supercars that made the Sant'Agata car builder famous around the world.

The styling is heavily inspired by the illustrious Countach from the Eighties, I especially love those deep wheels on the Spirit and the modified air intakes on the side that run from the doors, just like on the classic Countach, but in a more modern design.

At the rear, the Countach styling is evident too, but Adriani did add a massive rear diffuser with vertical fins for stability, and an impressive rear wing ... not the plain, flat one like the Countach could be equipped with, on the Spirit we get a much more modern interpretation with a very angular design.

The doors still open upwards, but Adriani modified the mechanism ... it looks like the doors we've seen on the Koenigsegg, but that engine cover ... now that clearly shows Flavia was inspired by the Miura ... remember how the entire rear section pivoted open, this Spirit has a similar way of exposing the engine.

I know this is a totally fictitious concept, but wouldn't it be nice if Lamborghini would create something like this to honor the car that marked the entry into supercars at Sant'Agata ... those were the days of big power, high speeds, and thinking outside of the box ... today a car like the Countach would not be possible ... too impractical probably, but also too 'different' ... but isn't that what we've all liked about Lamborghini all those years ... being different?

Printed from www.lambocars.com/lambonews/lamborghini_countach_spirit_concept_car.html on August 15. 2020 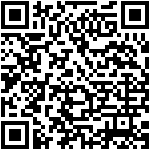