Automobili Lamborghini SpA is continually expanding their presence in one of the world's fastest growing super car market ... China, hence they opened two additional dealerships in this part of the globe, one at Dalian that happens to be the first official Lamborghini dealership Northeast China.

A second dealership was opened at Chongqing, subsequently also the second Lamborghini showroom in Western China while in South Korea, Charmzone has just opened a brand new showroom too in the Seoul city center.

At this moment Automobili Lamborghini SpA has a total of 12 dealerships in China already, and naturally the Raging Bull is also present in Macau and Hong Kong ... in fact Lamborghini intends to put a a total of 20 outlets in this part of the world by the end of 2012.

Do note that Lamborghini has been present in Beijing since 2004, and ever since sales figures have been rising ... in 2010 no less than 206 Raging Bulls were handed over to their lucky owners, which was a staggering 150 percent increase over the 2009 figures ... by November 2011 more than 300 Lamborghinis were delivered.

Printed from www.lambocars.com/lambonews/lamborghini_continues_asia_expansion.html on August 7. 2020 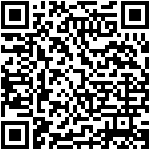