Automobili Lamborghini is celebrating another production milestone with its flagship model, the V12 Lamborghini Murciélago. Number 3000 of the current Murciélago LP640 series, an LP640 Coupe, will roll out of the Sant’Agata Bolognese factory just after Christmas. This super sports car is being shipped to a customer in the United States.

“Our products continue to build in popularity and presence in markets across the world,” said Stephan Winkelmann, President and CEO of Automobili Lamborghini S.p.A., commenting on the exceptional production figures. “We consider this latest production pinnacle a confirmation of both our corporate and model strategy.”

Lamborghini celebrated another record for its 12-cylinder series just a few weeks ago, when the Murciélago topped the total number of its forerunner, the Diablo, of which 2903 cars were produced by the factory during an 11-year period. Lamborghini’s development in recent years has been marked by persistent highs and record achievements: the 2006 financial year was the fifth record-breaking year in a row with 2087 sports cars sold. Another record is expected for 2007, with sales of approximately 2400 cars. Lamborghini’s entire production up until 2009 is already sold.

This milestone Murciélago LP640, serial number 3000, is a particularly outstanding car. Under the exterior of the carbon fibre body painted in Telesto Grey, the passenger compartment has been personalised with numerous special finishes available under Lamborghini’s Ad Personam programme. The base interior colour is black, featured on the instrument panel, centre console and the floor carpets. The black leather finish as well as the stitching, is contrasted in orange.

Ad Personam allows Lamborghini drivers to “think the impossible”. The personalisation programme offers many options in order to allow the buyer to imprint his own personal style on the car. The Lamborghini designers in Sant’Agata Bolognese have developed several high value personalised packages available under the Ad Personam programme: for example, exquisite interior packages of leather or high tech carbon.

For the exterior, there is a wide choice of wheel rims, brake calipers and dimmed rear lights that offers still more personalisation potential. Within the limits established by current homologation regulations, Lamborghini can satisfy practically all of its customers’ personalisation requests. There is only one limitation for the Ad Personam programme: the uncompromising standard of quality that must be maintained at all times, by every Lamborghini department.

Growth in a new dimension

The company has expanded into a new production dimension with the Murciélago and Gallardo models. Lamborghini built approximately 250 vehicles between 1963 and 2002: by 2006, these production volumes increased more than eight-fold. During the first six months of 2007, 1239 super sports cars were delivered to customers, meaning further growth of approximately 30%. Today around three Murciélago and ten Gallardo models are built at Sant’Agata Bolognese every work day.

Printed from www.lambocars.com/lambonews/lamborghini_celebrates_murcielago_record_press_release.html on August 8. 2020 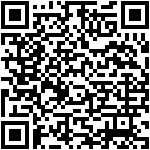