Automobili Lamborghini SpA is constantly setting new records lately, and this time another milestone in the continuing history of the Raging Bull has been reached, no less than 3000 Murciélago flagships have been built up to date.

This 3000th V12 was a Grigio Telesto LP640 Coupé model with a combination of black and orange for the seats, dashboard, central console and floor mats, a nice extra touch was the 'Wolf' scripting on the door panels, which makes this again a unique, personalized car, which is a full option car in fact that has been personalized by the 'Ad Personam' team.

The well known 'Ad Personam' department at Sant'Agata is capable of creating one-off car based on the production models, so you can have just about every combination of colors you like, within reason naturally, this special department has been founded by Automobili Lamborghini SpA to offer to possibility to personalize a customer's car right at the factory, and using the same high standard materials as during the building process, hence ensuring a perfect fit and finish.

This very special 3000th LP640 will be delivered to it's lucky owner in the United States in early 2008, and naturally production is still in progress as the LP640 will remain in production for a while to come, no news about an successor in the near future has been heard, perhaps the Geneva Auto show in March 2008 could bring us something new, who knows ?

On January 18. 2008 the lucky owner of Murciélago LP640 nr 3000, Mr Jorge Wolfe, a resident of Miami, took delivery of this one of a kind Raging Bull at Lamborghini Miami, where none other than Stephan Winkelmann, CEO of Automobili Lamborghini SpA gave Jorge the keys to his new pride and joy.

A bit sad was the fact that Mr Wolfe apparently had no real intention of keeping this very special Lamborghini, within a month of taking delivery he put it up for auction online, with an original price tag of nearly $ 420,000 this wasn't a cheap second hand car ... and the winning bid was just over double this initial investment ... ordering a super car like this and selling it within a month for double the price, while you've enjoyed it for a while ... what more could you want ?

Printed from www.lambocars.com/lambonews/lamborghini_celebrates_murcielago_record.html on August 8. 2020 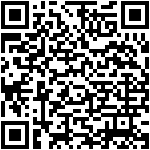