Only a few weeks ago, in late July, we published the amazing feat of the new Lamborghini Aventador SVJ taking the record at the Nürburgring with a time of 6m44.97s ... that is over 5 seconds faster than the Huracan Performante did in March 2017.

Today we give you our renders on the Aventador SVJ based on the latest test mule photos, this is how we think the SVJ will look when Automobili Lamborghini SpA unveils her at Pebble Beach in late August.

To avoid any certification and keeping the SVJ street legal all over the world, the basis are taken from the current Aventador S, but on the SVJ a lot of aerodynamic additions are installed on top of the rear-wheel steering and the 740 hp of the V12 used in the Aventador S has been upgraded to 770 hp, the same power output as the limited edition Centenario. (Remember the Aventador SV came with 750 hp, the same as the Veneno).

On the Aventador SVJ, we get a totally redesigned engine cover, which happens to come with a central intake for the ALA system, the Aerodinamica Lamborghini Attiva or active aerodynamics which is responsible for achieving that amazing Ring record by altering the downforce 'on the go' while on the track. The new engine cover will possibly even feature a glass center section (or Lexan for weight savings) and will require two people to remove using quick release fasteners ... this engine cover is not hinged as seen on the regular Aventador.

A new front bumper is fitted to the SVJ with several intakes and vents that can open and close when the ALA deems it necessary, that massive rear wing with central strut isn't for show either, it might feature only one intake, but internally it has two separate sections that can be opened or closed independently from each other ... so in a corner the ALA system can increase downforce on one side of the SVJ while decreasing drag on the opposite side ... the Aventador SVJ boasts 40% more downforce compared to the Aventador SV and has 1% less drag. At top speed, the Aventador SVJ aerodynamics create 490kg of downforce split at 40/60 front to rear (about 190 kg on the front and 300 kg at the rear of the SVJ, the SV downforce was split 20/80 for comparison). Because of this increased downforce, especially detectable in corners, the tires had to be redesigned with a stiffer sidewall to cope with the G-forces the SVJ inflicts on them, to cope with the additional downforce the suspension has been made stiffer and the anti-roll bars are tougher too.

The 6.5 liter, naturally aspirated V12 has also been 'doctored' for the new Aventador SVJ, adding new, titanium intake valves and ducts, the two manifolds on the engine are now finished in bronze instead of black, just like on the Huracan Performante V10. Add a new, high mounted exhaust system that offers less back pressure and power comes up to 770 hp at 8,500 rpm now and maximum torque is 531lb ft at 6,750 rpm while weight is 1,525 kg (same as the Aventador SV), naturally performance figures aren't available yet, but if the driving experience is anything to go by, the Aventador SVJ seems to be the best of the best.

One rumor stated the Aventador Super Veloce Jota would be a limited production model along the lines of the Aventador SV, but lately, several sources stated the SVJ will not be limited and become a production model just like the Huracan Performante ... whatever they decide in Sant'Agata, the Aventador SVJ will most likely be the last of the N/A V12 models ever made by Lamborghini, in an interview  Maurizio Reggiani, director of R&D at Lamborghini has confirmed the successor for both the V12 and the V10 range will receive electrical assistance ... they both will become hybrids.

Judging from the few videos that have been posted online, it seems the interior of the Lamborghini Aventador SVJ is very close to the one already seen in the SV version, and from what we understand the same carbon fiber, lightweight sports seats are fitted ... let's hope they still offer the more comfortable, standard Aventador seats as an option as they did on the SV, as several owners have complained about those stunning looking sports seats for being rather uncomfortable.

Now I would have expected Lamborghini to fit the large display on the central console as we've seen inside the Centenario, but that doesn't seem to be the case, instead the standard one is still there, probably as an option as on the Aventador SV you could order her without that display ... to save a little more weight.

So will the 2019 Lamborghini Aventador SVJ, or Super Veloce Jota, be the swansong for the Aventador range ... or is there something even more impressive still to come ... an Aventador GT for instance? We highly doubt that to be honest ... a lot of magazines have already mentioned we'll be seeing the Aventador successor unveiled in 2020, that would mean at the 2020 Geneva Motor Show ... but that might not be possible if you ask us.

Think about it ... if they want to have the Aventador successor ready for an unveiling at the 2020 Geneva show that would mean they have to start replacing the current Aventador assembly line at the factory as early as August 2019, when the factory closes down for the Summer holiday, which means they only have about 12 months of Aventador production left ... taking into account the numbers of previous years, that would mean a total of about 1,200 Aventador can still be built ... right now the delivery time on the V12 is about 9 months, so they already have 900 Aventador on order still to be built, mostly Aventador S and Aventador S Roadster ... now they have to build all the Aventador SVJ and Aventador SVJ Roadster (is has been confirmed to be developed) too ... if we say they will make the same number SVJ as they did SV that means 1,100 additional cars ... they don't have enough time left to build those if they want to unveil the successor in 2020 already.

So we think the Aventador will be in production for 10 years, just like the Murciélago was, with a replacement at the 2021 Geneva Motor Show only ... also keep in mind there is a rumor about a very limited production LB48H model that also has to be built on Aventador basics ... but these 63 or so units might not be assembled inside the factory, remember Lamborghini has a special 'Prototype and Pre-Series' facility on their grounds ... they could be building the LB48H instead.

Whatever they decide about the future of the Lamborghini Aventador, it is safe to say the new SVJ will be groundbraking for the company, and perhaps become the most important, modern V12 model ever in their history as being the final N/A V12 made.

Printed from www.lambocars.com/lambonews/lamborghini_aventador_svj_rendered.html on June 4. 2020 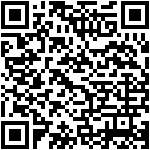