When Gino Gargiulo took delivery of his brand new Lamborghini Aventador LP720-4 Roadster limited edition he was already thinking about something even more elaborate ... and it wouldn't even be driven on the road, at least not without a trailer.

The Lamborghini was finished in the bright Giallo Maggio, a special shade only available on the 50th Anniversary edition of the V12 Lamborghini flagship, only 100 of these celebration Roadster will be built and Gino wanted something truly one of a kind to match this impressive car ... which has also been customized with a special rear wing by the way.

Next to exotic super cars Gino is also an avid race boat owner, in the past he created the Mercedes SLR styled boat, but the concept of a Lamborghini powerboat kept lingering in the back of his mind, recently his dream became a reality ... in the shape of a stunning 48' MTI G6 Series race boat.

The 48 foot catamaran built by Marine Technology Inc is the first to show their restyled deck and probably the only one to boast a bright pearl metallic yellow paintjob done by Mark Morris at Visual Imagination, and just in case this amazing paintjob, which mimics the looks of Gino's Aventador LP720-4 Roadster, doesn't attract enough attention at the 2014 Miami International Boat Show this specific 48' MTI boat will be accompanied by the actual limited edition Lamborghini that inspired it.

Because of limited space at the MTI Booth in Miami they had Myco Trailers create a very impressive lift system allowing the 48 foot MTI catamaran to have it's front lifted into the air using the actual cradle from the trailer itself ... this means the bright yellow boat is visible from afar ... and the Lamborghini Aventador LP720-4 Roadster could be parked next of it.

For now the 48' MTI Aventaboat is powered by a couple of Mercury Racing 1350 engines with a power output of about 1,350 hp each ... but those have been installed just for the Miami show ... after the show the 'AventaBOAT' will return to St.Louis, Missouri ... MTI will then install two Mercury Racing 1650 units and finish a few of the details that didn't make it in time for the unveil.

While the Mercury 1350 engines had an MSRP of over $200,000 each with their M8 drives, they were most expensive setup in the high-performance powerboat market ... for a while ... until Mercury came out with the 1650 unit at the 2013 Miami International Boat Show, initially destined for selected race teams only, the first competition entry using the Mercury Racing 1650 was none other than famous Miss Geico team.

Also note the Mercury 1350 can run on regular gas while the impressive 1650 unit requires 112 Octane racing fuel ... on the other hand the 1350 units come with a one year warranty ... the stunning Mercury Racing 1650 mamoth come with no warranty at all ... a price of around $250,000 for engine and drives has been mentioned ... and you'll still need a set of Mercury Racing Pro finish CNC sterndrive 5 or 6 blade props.

Both the 1350 and the 1650 Mercury Racing engines show a 9-Liter displacement, quad camshafts, port fuel injection, a dry sump and a computer controlled, variable boost turbo charger with improved compressor wheel design providing a greater airflow for better power and torque ... as an option you can even order a carbon fiber turbo inlet kit.

Gino was a bit disappointed his project was ready for show only just in time, if this catamaran would have been completely done to his specs he could have entered it in the Florida Powerboat Club's Miami Boat Show Poker Run ... he really can't wait to have this lady hit the water and see what she can do ... remember his previous boat hit 195Mph on water ... and this one should be even faster.

Gino stated : "There's no mistaking what the boat is with the headlights and taillights, from the crazy amount of blue LEDs to the leather-wrapped dash and amazing interior featuring actual Lamborghini Aventador parts, I'm blown away by MTI's attention to detail."

Keeping in mind the price of one of these Mercury Racing 1650 engines is in the same ballpark as the MSRP on the Aventador Roadster the boat was inspired on, while the trailer isn't for free either and you'll probably need some serious wheels to even tow it and a massive crane to lower it into the water ... the cost of ownership on a 48 foot catamaran from MTI like this is a serious investment on itself ... still it looks absolutely amazing and I'm sure Mr Gargiulo will enjoy every minute behind the Aventador steering wheel found in this AventaBOAT.

Printed from www.lambocars.com/lambonews/lamborghini_aventador_styled_racing_boat_the_aventaboat.html on June 1. 2020 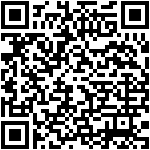