Automobili Lamborghini chose the attractive setting of Monterey, California to announce its 50th Anniversary celebration plans, which fall in 2013. During The Quail and Concorso Italiano - two of the most exclusive events for vintage car enthusiasts at which Lamborghini debuted its Urus SUV concept and Sesto Elemento trackday hyper car to North American enthusiasts - the Company's President and CEO Stephan Winkelmann unveiled the logo for the Company's 50th Anniversary celebrations, and also gave a preview of the program for next year's celebrations.

The 50th Anniversary logo contains the number "50" above the word "anniversary", using the clean, essential lines typical of the distinctive style of Lamborghini's super sports cars. The diagonal line slanting upwards adds a dynamic effect, hinting at the forward-thinking approach and innovation that has always characterized the Lamborghini philosophy.

The celebrations to be held in Italy and abroad throughout 2013 will culminate in May, during the same week in which, 50 years ago, the Company was incorporated and the inaugural foundation stone was laid at its factory in Sant'Agata Bolognese.

The Lamborghini 50th Anniversary Grand Tour, expected to be the biggest Lamborghini rally in history, will run the length of Italy, and will be attended by Lamborghini owners and dealers from all over the world.

From May 7-11, 2013, more than 1,200 km of Italy's roads will roar with the thrum of hundreds of Lamborghinis. From the unforgettable historic GTs to the futuristic super cars of today, the cars will arrive from every corner of the globe to parade through some of Italy's most beautiful cities.

On Tuesday, May 7th, the cars will gather in Milan, Italy's capital of fashion and design, leaving the next day for Forte dei Marmi, one of the most exclusive resorts on the Tyrhennian coast. On Thursday, May 9th, they will set off towards Rome, with a triumphant evening arrival in the city center.

On Friday, May 10th, the cars will depart towards Bologna, via Orvieto, arriving at Emilia-Romagna's capital during the evening.

Saturday, May 11th will mark the closing day of the celebrations: the cars will head off in procession from Bologna towards Lamborghini's famous factory in Sant'Agata Bolognese, where participants will visit the historic museum, the production facility, as well as enjoy other Lamborghini experiences.

A gala dinner held at the factory will end a thrilling day packed with events and entertainment.

At each stop, Lamborghini fans will be able to admire the cars.

The Anniversary website - www.lamborghini50.com - will go live on August 17th, 2012. Until the end of 2013, the site will keep Lamborghini owners and fans informed with regular news updates about the celebrations, detailed information about the Tour, as well as city stops and arrival times, making sure that all the brand's enthusiasts are included.

Lamborghini owners and dealers can register for the Tour beginning September 20th 2012.

The many events organized worldwide in celebration of the Anniversary will also be characterized by a high level of solidarity and public conscience.

Lamborghini will donate 10% of the proceeds of sponsorship revenue to a fund established to help rebuild religious, social and cultural centers damaged by the devastating earthquakes that hit Emilia-Romagna in May this year. The donation is a tribute to the native region of Lamborghini, who remains strongly linked to its original roots, despite the global nature of the business.

A number of local councils have already decided to provide support for the event: Sant'Agata Bolognese, the City of Rome, Bologna and Forte dei Marmi. In particular, a packed program of events has been planned in collaboration with the city council of Bologna, including a display of the Lamborghini cars participating in the rally. The display will be located in the city's main square,
Piazza Maggiore, from May 10-11, 2013. There will also be tourist packages for Lamborghini owners arriving in the city.

Sant'Agata Bolognese, Lamborghini's home town, will participate with great enthusiasm thanks to events designed to involve the public in the celebrations, particularly the annual May festival "La Fiera di Maggio."

2013 will also see a renewal of the collaboration between Lamborghini and the City of Rome, two years after the dynamic launch of the Aventador in the Italian capital, a high-profile event in which both organizations worked side-by-side to promote one of Italy's leading brands.

"Over the past 50 years, Lamborghini has represented the dream, legend and symbol of a unique, remarkable region - Emilia-Romagna - whose proud, determined people have given us models unlike anything else in the world," declared Stephan Winkelmann, President and CEO of Lamborghini. "Even today, now that we are an international enterprise, this deep bond with our local history and culture is still very strong. We are certain that the events in Italy and abroad will make Lamborghini's 50th Anniversary a unique, memorable Patrons: experience for all our fans, as they look forward to reliving first hand the emotions of the past, and savor the anticipation of a new and exciting future."

Printed from www.lambocars.com/lambonews/lamborghini_announces_50th_anniversary_celebration_plans.html on August 6. 2020 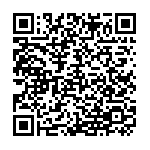