Lamborghini among most profitable car brands ...

Automobili Lamborghini joins the circle of most profitable car brands

Deliveries of 2406 super sports cars with the raging bull logo were delivered to customers worldwide. This is an increase of 15,3 per cent over the previous year, which saw the 2000 unit threshold being surpassed for the first time in the company's history with 2087 units.

The growth was driven by Lamborghini's most important and strategic markets. Deliveries in Northern America - the most significant market for Lamborghini - increased by more than eight per cent and surpassed the 1000 unit mark for the first time (1001 units). In Europe, deliveries increased by 22 per cent from 748 to 959 units, whilst in the rest of the world's markets (RoW), the increase was 18 per cent (348 to 446 units). With Europe and RoW showing even stronger growth rates than North America, Lamborghini is coming closer to an even sales split across the three world regions once more.

According to the company, the continuing growth results from several factors. Firstly, Lamborghini has succeeded in consistently expanding its presence on the world's markets by opening up additional strategic markets like Asia-Pacific and the Middle East.

Secondly, Lamborghini's growth was due to the further expansion of the dealer network. In 2007 alone, a further ten dealerships were opened in the world's metropolises, to over 100 outlets for the first time. Lamborghini is now present in all the important markets for luxury sports cars.

Lamborghini also achieved an over proportionate growth in profit versus turnover: the profit growth of 160 per cent to 47,1 Mio. Euro (18,1 Mio. Euro in 2006) means another record in terms of annual profit achieved, and results in a double-digit pre-tax profit figure for the first time in the company’s history.

More than that, the marque has the youngest and most attractive model line-up ever, augmented by the launch of another model in 2007, the Lamborghini Gallardo Superleggera. Increasing brand and product awareness as well as the strong and rising brand value are also key factors in the company's success.

Commenting on the results, President and CEO of Automobili Lamborghini Stephan Winkelmann, said: "Our relentless focus on increasing our brand value, an extraordinary product range and the global presence of the corporation is beginning to pay-off on a world-wide scale. Following some years of building both the company and the brand we now belong to the group of 'most profitable car manufacturers': however, we will continue to work towards our ultimate objective of becoming the most profitable super sports car manufacturer. We will continuously develop our model line-up, our presence and the 'shine' of the brand."

The ongoing year 2008 is giving reason for continuing confidence: high demand for the entire product range is maintained. The worldwide launch of the new Gallardo Coupe LP560-4 took place at Geneva Motor Show in March: the LP560-4 replaces the original Gallardo Coupe first launched in 2003, on which Lamborghini built the volume and profitability of its business.

Printed from www.lambocars.com/lambonews/lamborghini_among_most_profitable_car_brands.html on July 7. 2020 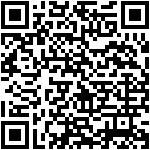