Lamborghini, a taste of things to come

There are a lot of new rumors emerging from Italy these days, earlier this year some Australian car magazines came up with the idea that Lamborghini would introduce a brand new SUV during the October 2002 Paris Auto show, based on the chassis of the Porsche Cayenne ... but this didn't happen ... yet.

It would make sense, the new Lamborghini Gallardo that will be shown during the March 2003 Geneva Auto Show will share his chassis with a new Audi super sport scar that will arrive somewhere during 2003 or early 2004, so sharing a chassis with the magnificent Porsche Cayenne wouldn't be such a far fetched idea anyway.

Strangely enough, a similar project has been unveiled by Bernd Pischetsrieder, boss at VW and successor to Ferdinand Piech, the man who bought Automobili Lamborghini and Bugatti while he was the big boss at the VAG concern, he stated that Automobili Lamborghini SpA will first introduce the Gallardo in March 2003 while a new SUV four-seater will follow after that.

Also note that the UK based Auto Express magazine stated that a Murciélago Roadster would be introduced during the Detroit Auto Show held in January 2003, with a slightly more powerful engine which would feature at least 575 Bhp and offered a thundering top speed of 335 Km/h (210 Mph) while being able to reach 100 Km/h from a standstill in less than 4 seconds.

When Sig. Greco was asked about the Murciélago Roadster, he would only comment with the fact that it was one of the most stunning automobiles he ever saw ... so at least it promises that Luc Donckerwolcke made it look as great as the closed coupe model.

An automatic roof mechanism could offer the option of a glass roof directly from the factory, let's hope they will also offer a glass engine cover, it already exists as an option from an authorized US dealer, but it would be nice if the factory would offer it too.

As usual with this kind of rumors, we'll have to wait and see what will actually reach the production stage at Sant'Agata, and when they put it into production, one thing is for sure however, Automobili Lamborghini SpA is reaching production numbers the factory never saw before, production during 2003 will reach at least 1000 units, while production of the Murciélago reached a record breaking 430 units during 2002, from August 2002 to December 2002 over 24 Murciélagos were delivered to their lucky owners in the United States alone.

There have even been rumors about a new front engine GT, something like a successor to the legendary Espada, naturally a model like this will not see production for several years, but it is always nice to see something like this surface, it only shows that things are finally going the right way for Automobili Lamborghini SpA.

Printed from www.lambocars.com/lambonews/lamborghini_a_taste_of_things_to_come.html on July 10. 2020 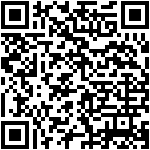