Qualifying
Klingmann qualified on pole for round four of the Super Trofeo series after setting a fastest lap of 51.535. The competition remained close throughout the 30-minute session, in which Lamborghini München Team Holzer, Petri Corse and Bonaldi Motorsport all topped the time sheets. Klingmann set his fastest lap with four minutes remaining on the clock, benefitting from a yellow flag being thrown in the closing laps.

"The Holzer team gave me a good car and we were P2 in practice this morning, so I'm very satisfied with the way things are going," said Klingmann. "We just pushed hard in the last 10 minutes, and that was it. I was a bit lucky because for the last three laps there was a yellow flag, so nobody else could try to improve their time."

Round four
Klingmann managed to pull out a good lead from second-place man Amos at the start. In the chasing pack, a four-way battle for third place erupted between Achim Winter, Jarek Janis, Rossetto and Albert von Thurn und Taxis. Janis managed to find his way through for third, pass Amos for second and begin to reel in Klingmann, but was unable to catch him by the chequered flag and finished the race in second place.

Babini took over the #22 Petri Corse Super Trofeo from Rossetto in fifth place and made a determined push for the podium. However, Babini was unable to catch third-placed Amaduzzi, who was building on team-mate Amos? strong opening stint.

In the final laps Janis managed to close the gap between himself and the leader, but Klingmann remained just out of reach and secured the win. Janis secured second place with Amaduzzi completing the podium.

Janis commented: "It was a tough race for me. The heat and humidity in the car makes the full race stint quite tricky, but it was fun as it was still wet in places on the track and we were on slick tyres. After the pit stop I tried to catch Jens [Klingmann] but wasn't able to achieve the same speed, so slowed down just a little to make sure I finished the race on the podium."

Round five
Race two of the weekend saw Klingmann claim his second victory. His closest rival, the #69 Bonaldi Motorsport Super Trofeo of Amaduzzi and Amos, dropped to the back of the field after an extended pit stop, allowing Klingmann to maintain his lead.

Having fought his way through the field after a poor start, Janis secured a second-place finish, with Schoolmaster's Arjen van de Zwaan claiming the last podium position after starting 12th on the grid.

"I had the perfect start," said van de Zwaan. "I got on the throttle just at the right time and managed to gain half a car length on the drivers around me; the car then continued to work perfectly throughout the race.

"Norisring is a beautiful track: it's the first time I've been here and it suits my style of driving 100 per cent!"

Round six
Sunday's final race saw Klingmann complete his hat trick of victories. Janis and Klingmann entered the first corner side-by-side but it was the #66 of Klingmann who claimed the lead, and began to create a gap.

Babini led the chase, and the Petri Corse Super Trofeo secured the lead after the pit stops. However, Rossetto crossed the yellow line at the pit exit after taking over from Babini, earning a drive-through penalty, resulting in a fifth-place finish.

Götz in the #4 managed to climb through from 10th on the grid to third place, and team-mate Winter was able to hold on to the final podium position despite pressure from Ferruccio Bellini in the closing laps. Jani finished ahead for second place.

"It wasn't an easy last race: I had a 15-second penalty added to my pit stop, so had to push really hard every lap," said Klingmann. "Unlike the other two races, when I came out of the pits I was not in the lead,
so had to push even harder as I wanted to catch Claudio [Rossetto]. But his penalty worked in my favour.
"This was the best start I could have hoped for. I think driving the Super Trofeo race car with Lamborghini München Team Holzer was a great choice, and we're in discussions about me coming back to drive for them during the season."

Lamborghini's Director of Brand and Design, Manfred Fitzgerald, said: "The atmosphere this race weekend has been outstanding. Once again we've seen fantastically close competition from drivers of mixed abilities, demonstrating that the series' format is something that allows everyone to be competitive.

"Having a young pilot like Klingmann do so well is extremely exciting to see, as it illustrates the driveability of the Super Trofeo race car. The next meeting at Spa, one of the world?s most famous and demanding race tracks, will be a fantastic challenge for the competitors."

The next Lamborghini Blancpain Super Trofeo race weekend will be held at Spa-Francorchamps, Belgium, on 23-25 July 2009.

Printed from www.lambocars.com/lambonews/klingmann_secures_super_trofeo_hat_trick.html on July 14. 2020 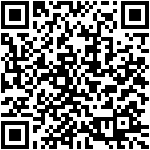