In a recent interview with Stephan Winkelmann some interesting news became obvious. Naturally he wouldn't talk about any new models that are being worked on at Sant'Agata, but what he did state was that there will be no Gallardo Spyder Superleggera. According the Mr Winkelmann the Superleggera philosophy isn't right for the open version of the Gallardo.

Note that a production of 350 units for the Gallardo Superleggera were projected for 2007, and over 400 have already been sold, the factory even increased it's production to keep up with the ever growing demand. At this moment the orders at Automobili Lamborghini SpA have reached a level that was never seen before, a new Bull will take about 18 months to be delivered to it's new owner, and these owners are currently ordering some very different colors from, let's say ten years ago.

Right now black is the most popular color on a new Lamborghini, together with the multitude of gray shades that are also available, yellow is a close second, but the third choice of color is a surprise : white and Balloon White. That's right, this shade is currently holding the third position in the popularity of colors, I guess we're back in the days of the Countach 5-Liter, when a white over white leather Countach was very popular.

Stephan Winkelmann again stated that Automobili Lamborghini SpA will show a new model or evolution of an existing model, every year, this is his promise to the loyal customer base that was formed over the years.

Things are looking better and better for Automobili Lamborghini SpA, so let's hope we'll be seeing some unexpected models on their show stand soon.

Printed from www.lambocars.com/lambonews/interesting_interview_with_stephan_winkelmann.html on August 8. 2020 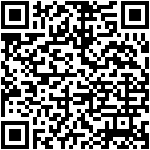