The V10 flagship has been introduced at the 2017 Geneva Motor Show as the Huracan Performante, but there is one more evolution in the making at Sant'Agata, the test mule for this upcoming V10 Raging Bull has been spotted already.

Back in the days of the Gallardo the Coupé model was called the Superleggera while the Spyder received the Performante designation, but with the Huracan the Coupé already took the Performante name, so most likely this new model will become the Huracan Performante Spyder, the lightweight, active aerodynamic top of the line model in the series.

Due to ALA or the Aerodinamica Lamborghini Attiva, the engine cover on the Performante Spyder will most likely be different from the regular Huracan Spyder one, using special ducts that can be opened and close to change the airflow into the special, hollow rear wing found on the Performante to modify the downforce at the rear, while flaps in the new front spoiler will perform the same task on that end.
As for wheels, the Mimas model will most likely be standard while the new Narvi lightweight as seen on the Geneva show car and the center lock Logo wheels will be optionally available.

The new rear diffuser with the dual, high mounted exhaust pipes will emit a thundering sound that will be even more intimidating with the top down on the Performante Spyder, the use of carbon fiber and Forged Composite will allow a drop in weight, but it is unlikely the Performante Spyder will set the same, record-breaking, lap time on the Nürburgring as her closed counterpart because due to reinforcements needed after removing the roof will make the Performante Spyder about 120kg heavier than the regular Performante.

If the exterior of the Huracan Performante Spyder doesn't already impress you, the interior surely will, fitted with the lightweight sports seats and available with a variety of contrasting stitching and laser etched patterns against the black Alcantara and the abundant use of Forged Composite.

If you prefer a more comfortable ride you can opt to have the regular seats fitted, upholstered in black Alcantara and with the possibility to have some impressive stitching added … the option list does not mention leather upholstery for the Huracan Performante because it is too 'slippery' for a track inspired car, but I'm sure you'll be able to convince the Ad Personam director of fitting leather if you really insist.

Printed from www.lambocars.com/lambonews/huracan_performante_spyder_almost_ready_for_unveil.html on September 28. 2020 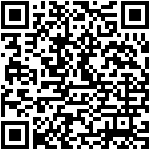