I'm sure you've all seen the spy shots of a Nuova Gallardo being driven on the roads around the Lamborghini factory in Sant'Agata with a Super Trofeo style rear wing and engine cover back in late July 2013, something like a Super Trofeo Stradale but with the new bumpers as seen in Paris in 2012.

Rumors popped up on the internet about a new Gallardo special edition that might be called the Gallardo Squadra Corse, soon after these initial shots that showed a yellow car I received photos of a white car, a bright red car and even a silver metallic one ... all wearing the new, triangular style front and rear bumpers, Superleggera wheels and the Super Trofeo rear wing and black engine cover ... so something was cooking at Automobili Lamborghini SpA ... photos were published all over the internet.

The press release stated: 'With the new Gallardo LP 570-4 Squadra Corse, Automobili Lamborghini brings race track emotion directly to the road. It delivers high performance and brings the fascination of motor racing to the street-legal world. This new and most extreme model in the Gallardo line-up is based on the Gallardo Super Trofeo, the successful race car from the Lamborghini Blancpain Super Trofeo, the world’s fastest one-make series. The car will have its world premiere at the 2013 Frankfurt Motor Show.'

A world premiere at the IAA ... that was still six weeks away, Lamborghini never showed anything that early before any major Auto Show yet, so were they pushed into releasing it because the test/development cars had been spotted on the open road ... or was the Squadra Corse just a smokescreen to hide something totally different for the IAA ... perhaps a preview of the V10 successor?

Many people were hoping for something really special at the 2013 IAA ... remember both the Reventon and the Reventon Roadster had been shown at earlier IAA editions while the 2011 Frankfurt Motor Show was the stage to show the Super Trofeo Stradale, the predecessor to the Squadra Corse ... so rumors were being launched almost daily back in August and the first week of September ...

Lamborghini might show a new concept that would be an indication on how the Gallardo successor (which is being tested on the road currently) might look when it is introduced at the 2014 Geneva Auto Show ... another option would be the recently confirmed Veneno Roadster (as the Reventon Roadster was show in Frankfurt back in 2009) ... less anticipated but still very interesting would be to see the Urus or the Egoista in Frankfurt ...

But it turned out the very early release of the press information and photos of the Gallardo Squadra Corse wasn't a marketing trick after all ... the silver metallic finished race track derived limited edition road car was in fact the 'new' model that would take center stage in Frankfurt.

At 12:30 on Tuesday September 10. 2013 the press conference was held right at the Automobili Lamborghini SpA stand at the IAA in Frankfurt, the short video that was posted earlier on Youtube was shown on the large screens in the background while two beautiful hostess pulled away the black cover from the car right from the start ... no intro, no history ... the Squadra Corse was unveiled right away.

Flanked by two race cars, the 2013 specs Blancpain Super Trofeo on one side and a 2013 GT3 FL2 edition on the opposite side ... and that was it. Very impressive, and I admit the Gallardo Squadra Corse has a strong pedigree with those two race cars ... but many people were expecting something more ... different ... Raging Bull style.

Still the Gallardo Squadra Corse is a very beautiful car, especially in this light shade that brings out all the details and shows a stunning contrast with the black engine cover and large Super Trofeo race wing while the exterior rear view mirrors and parts on the rear lower diffuser get a clear carbon fiber finish ... the same lightweight material is used abundantly on the interior too, combined with black and red Alcantara the cockpit of the Squadra Corse just oozes race feeling from every angle.

If I understand correctly this would be the swansong of the Gallardo V10 range ... when the production of this limited edition model runs out there will be no more Gallardo built and the successor should have taken over the reign ... possibly called the Cabrera and offering at least 600hp with a DCT setup it should be shown to the public in March 2014 at the Geneva Auto Show with deliveries starting in late 2014. 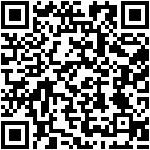