Gallardo LP550-2 Spyder in the making

Back in 2009 the world renowned Chief Test Driver for Lamborghini, Valentino Balboni was about to retire, so Automobili Lamborghini SpA decided a nice golden watch wouldn't do so they built the impressive Gallardo LP550-2 Balboni Special, only 250 would be built all with rear wheel drive only, something not officially available on any Lamborghini since the Diablo SV in 1999.

Safe to say these Balboni Specials sold out rather quickly, but if you really insisted you could still order a regular Lamborghini Gallardo LP550-2, it just wouldn't be called the Valentino Balboni special anymore, and no white stripe would be mounted the length of the car and on the black leather seats inside ... but other than those special items the Gallardo LP550-2 remained true to the spirit launched with the Balboni version ... 550 Bhp on the rear wheels only ... drifting here we come.

So what was so special about a Gallardo LP550-2 that it wasn't listed on the product list ? My guess is that Automobili Lamborghini SpA wasn't too keen selling a rear wheel drive only car pumping out 550 Bhp to the general public, it does take some skill to keep this super car on the road after all, so most people should go for the LP560-4 with it's four-wheel drive and only those that know what they are doing behind the wheel of such a high power exotic should consider rear wheel drive.

Sure it is a lot more fun ... if you know how to handle the power, if you don't and the road gets a bit wet you'll be seeing the grass alongside the road more than the dark tarmac, another small detail ... the LP550-2 is cheaper compared to the LP560-4, for one because of the less mechanics up front, but also because some items that are standard fit on the LP560-4 became optional on the LP550-2, so you could say the Gallardo LP550-2 is the entry level Gallardo model, the base model so to say.

And now there is talk around town about putting the LP550-2 designation also available in Spyder form ... open top driving with rear wheel drive only, remember the amazing looking LP570-4 Spyder Performante was also a four-wheel drive edition (hence the '4' in the name you know), so a rear wheel drive Spyder is now on the table to be unveiled very soon with first sales early 2012.

If you can read between the lines here my guess is that we will not be seeing a Gallardo successor in Geneva next year ... why ? Well for one they are now offering yet another version of the Gallardo, an LP550-2 Spyder, probably to keep the Gallardo selling for at least 12 months or so, at the IAA we saw the Super Trofeo Strada, again  another version of the Gallardo ... and it has been confirmed the Super Trofeo racing season will continue in 2012 ... and in 2013, so I guess a totally new car that replaces the current Gallardo will only be unveiled at the 2013 Geneva Auto Show (so the Super Trofeo can race the 'old' model in that year and use the new one in 2014) or even as late as the 2013 IAA in Frankfurt ... when the 2013 Super Trofeo season is almost over.

Printed from www.lambocars.com/lambonews/gallardo_lp550-2_spyder_in_the_making.html on August 7. 2020 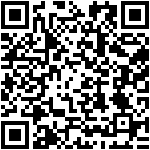