I know many of us are eagerly awaiting the official unveil of the Lamborghini Gallardo successor, hopefully this will happen in a few months at the 2014 Geneva Auto Show ... but this didn't withhold Daachgah to create a face lift concept based on the original 2003 Gallardo model.

The initial design of the Gallardo Gaacho Concept dates back to late 2012 in fact, when Daachgah started working on his project to create a more modern, organic look for the classic V10 model, it would take several more months to have a complete 3D model put together that could be used to create the renders seen on this page ... his computer was busy for almost two weeks to create the 3D renders and a nice animation of his Gaacho concept.

Full name would be the Lamborghini Gallardo Gaacho LP570-2 2014, so we are talking about a V10 with an uprated engine to 570hp but with rear wheel drive only ... that will deliver a lof of fun on the open road ... according to the designer he would also like to install a turbocharger on top of the V10 ... I guess that would puch the total power output way beyond the 570 mark.

Check out the animation on the Gallardo Gaacho ...

Printed from www.lambocars.com/lambonews/gallardo_gaacho_concept.html on August 15. 2020 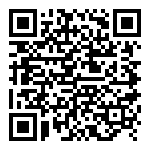