The talk of the day at Sant'Agata is surely the new Lamborghini V10 model, there have been rumors about this car for several months now, but finally some detailed information became available to the public.

Extensive tests have been performed with the newly designed car, still called the L140 by insiders, a real name hasn't been officially given yet, although 'Gallardo' still remains a possible option since this was one of two names registered by the company together with Murciélago, but some sources have surfaced the name 'Stella' again.

Rumors stated this new Lamborghini, which has been called the 'Baby Lambo' or 'Baby Murcy', was designed by ItalDesign Giugiaro, but now an entirely new name, Walter de'Silva, previously the design chief at SEAT, came into the picture, he was promoted in the Audi group were he became responsible for the 'Sport Cars' division.

Mr de'Silva will put the final touches on a design that was originally created by ItalDesign Giugiaro in a joint operation with Luc Donckerwolcke and the Audi design studio's, other sources however still state that Luc Donckerwolcke has solely styled this new entry into the super car market.

Perhaps we'll again see a signature on the side of the car like on the Diablo back in the Nineties, when Gandini put his autograph on a car that was actually completely redesigned by Chrysler.

This new model has been announced to be introduced on the March 2003 Geneva Auto Show, while first deliveries would not occur before May 2003, after the 40th anniversary celebration at the factory, but this introduction date could easily be pushed further into the year, perhaps even until the September 2003 Frankfurt Auto Show, precisely one year after the Murciélago.

During the summer of 2002, the factory was being prepared to start building pre-production 'test assembly' units of the new car as early as October 2002, they are even planning to have actual production 'prova' cars ready for the selected press and public during January 2003.

While the production of the Murciélago, which is at about 400 units per year, or two per day, now, will continue, a temporary wall has divided the main production building in two parts, the new assembly line will run alongside the Murciélago one and will cover about 2500 square meters. This L140 assembly line will actually be able to produce over 1300 units each year, a new record for the Sant'Agata factory.

Powered by an all-new V10 engine pumping out over 500 Bhp with variable valve timing and induction phasing, using permanent four-wheel drive and a fully adjustable, electronic suspension setup and stability programming, the performance figures for this 1400 Kg heavy new Lamborghini model will be impressive, an indication is that preliminary tests showed the car to be nearly as fast as the current Murciélago right up to 155 Mph.

An optional, six speed sequential gearbox in true F1 style, which is rumored to be an improved version of the Magneti Marelli's SeleSpeed unit, will be available, while the acceleration from a standstill to 100 Km/h shouldn't take more than 4.5 seconds and a top speed of more than 200 Mph has been reached by Mr Greco himself, who drove one of the test cars already.

Apparently the new Lamborghini model has been developed in close relationship with both Cosworth and Quattro GmbH, the latter probably working on improving the already known VT system while Cosworth, as we all know is a master in engines, worked on getting the new V10 engine ready for production, this 5.0 Liter V10 engine, the six speed gearbox and the permanent four wheel drive transmission will be built at the factory in Sant'Agata, with the bare engine block being shipped to Italy from Hungary, where Audi's foundry in Gjor is located.

Multiple prototypes have been built during the last year, one of which can be seen here, while another is known to be covered by a special made Diablo VT 6.0 look alike bodywork finished in a greenish metallic paintwork, but with an all new chassis and engine. This Diablo Hybrid was tested in the extreme cold of Northern Europe.

The new Lamborghini will use a light-weight, composite bodywork, but with extreme structural rigidity and a level of comfort to rival that of any high end GT available at the moment, naturally ABS and a sophisticated ESP have been accounted for, while dual airbags and even side airbags have become a necessity these days.

The interior of this new model will actually offer a small bench behind the front seats, to store those golf clubs ... and will offer the same open and roomy impression as the current Murciélago, however the Lamborghini trademark, the upward swinging doors will not be implemented on the L140, this will set the car further apart from the 'top of the line' Murciélago.

An Italian car magazine stated that the body of this new Lamborghini will be made completely of aluminum, and actually arrive, fully mounted and painted at Sant'Agata directly from Germany.

Note that the aluminum space frame chassis has been developed by Audi AG and will be constructed at the Audi Aluminum Center at Neckersulm, Germany, the chassis will then be transported to Krupp Drauz, a German coach builder who will mount the aluminum body panels Drauz also manufactures.

Afterward the complete chassis/body configuration will be returned to Neckersulm for a full anti corrosion treatment and actual painting.

According to Giuseppe Greco, the photo's and renderings seen in the press are no indication of the looks of the actual car, while the black prototype does not offer a clear view of the camouflaged lines, note that the L140 will also use a small spoiler at the rear that will raise at speed to offer more down force to the rear.

Normally Automobili Lamborghini SpA plans to build a targa style version, a full convertible edition and a real competition model with rear wheel drive only, but probably the Murciélago Roadster will be introduced first after this all-new model.

Pricing haven't been confirmed yet, but an indication was made around 160,000 Euro for the European version although prices of around US $180,000 have been mentioned recently for the US edition, this price is backed by a statement that the L140 will outperform his direct competitors, the Ferrari 360 Modena and the Porsche 911 GT2, by at least 10 % on all levels ...

Automobili Lamborghini SpA is convinced this new model will bring the production figures of the renovated factory to about 2000 units per year by building 6 to 8 cars of this model each day, together with about 2 Murciélagos per day.

With the production of the Murciélago and the launch of the L140, the total investment of 130 million Euro by Audi AG will be completed, and Automobili Lamborghini SpA is expected to 'break even' for the production year of 2003, while they even expect to make a profit during 2004.

Printed from www.lambocars.com/lambonews/first_spyshots_of_the_lamborghini_l140_model.html on July 14. 2020 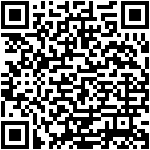