The Lamborghini Blancpain Super Trofeo series has been competing in Europe since 2009, also known as the fastest one-make series in the world the interest in driving a race specs Lamborghini Gallardo has been worldwide, so in 2011 the series went to Asia.

For the 2013 season a new aerodynamic design was developed for the Super Trofeo series using the Nuova LP560-4 triangular style as a basis and the result was truly mindboggling showing a very aggressive styling at the front with Sesto Elemento derived air vents in front of the windshield while the 'hanging' rear wing took the idea from the Aventador J.

At the rear fenders wide fins were mounted and a massive lower diffuser with 'cutting edge' vertical fins and four massive exhaust pipes emitting a thundering sound ... the 2013 specs Lamborghini Blancpain Super Trofeo car oozes 'racing' from every angle, and for the first time in history the series went to the United States.

The North America Lamborghini Blancpain series would run over six races after which the overall champion would go head to head with counterparts from the European and Asian series during one final championship race back in Italy ... however today the number of races has been cut to five in the United States.

The photos with this article were taken at Mid-Ohio during the Grand-Am event of June 15. 2013 while these two Super Trofeo race cars were performing demo runs to show spectators what to expect in the first championship race of the season at Lime Rock Park on July 5-6. 2013 where these impressive Super Trofeo cars will run as a supporting race to the ALMS.

After that first race in early July there will be four remaining opportunities for drivers to reach the title so they can travel to Italy to battle it out in the ultimate single-make series ... so make sure to check these dates in your agenda:

Printed from www.lambocars.com/lambonews/first_race_of_super_trofeo_usa_series_set_for_july_at_lime_rock.html on August 9. 2020 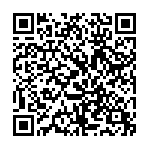