The Dubai Police Force themselves published the first photos on Twitter showing their impressive new 'hot pursuit' car this Wednesday after many months of rumors talking about an all-new patrol car to 'protect and serve'.

In fact the Lamborghini Aventador LP700-4 Dubai Police prototype has been completely designed to their specifications so it can be used to enforce police law on the Dubai highways ... and we have all seen what kind of cars travel on those roads ... an Aventador would be a logical choice for a police department having to deal with cars like that.

With a V12 pumping out 700hp at 8250 rpm acceleration figures are an impressive 2.9 seconds from a standstill to 100 Km/h while a top speed is reached of no less than 350 Km/h I guess the Dubai Police officers will receive a training from Lamborghini to drive a car like this effectively as a high speed pursuit vehicle.

Printed from www.lambocars.com/lambonews/dubai_police_department_gets_a_lamborghini_aventador.html on August 6. 2020 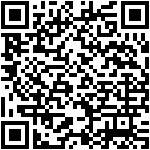