Deliveries of the limited edition Lamborghini Aventador LP720-4 are well on their way, several cars have been arriving at dealerships all over the world ... initially only the Coupé version of which 100 will be built while later on the 50th Anniversary Roadster will be shipped out too ... another 100 units on the open top edition.

The first LP720-4 50th Anniversary that made it into Australia, Perth to be exact was finished in the special Giallo Maggio shade ... a pearl metallic yellow that has been 'mixed' specifically for this celebration model, combined with the stunning black and yellow interior with beautiful Q-Citura stitching on the seats and door panels ... add the clear carbon fiber parts and the interior is just a work of art.

On this specific car, which is number 013/100 in fact, the owner kept the standard Iperione wheels in glossy black, he didn't go for the optional Dione wheels ... but he did have a very special project initiated for this rare car ... he asked DMC to supply him with their clear carbon fiber rear wing, complete with base wing.

The addition of a rear wing on the Aventador LP720-4 50th Anniversary edition has been talked about a lot on various online forum ... the more aggressive styling of the 50th Anniversary body had only one thing missing according to many enthusiasts ... a rear wing. Now this Australian owned Aventador shows the perfect solution for this dilemma: the SV style rear wing by DMC.

If you would like to have some fun creating your own, custom LP720-4 Anniversary edition you can make it look just the way you would order it with our Virtual Car Configurator

Printed from www.lambocars.com/lambonews/dmc_rear_wing_on_aventador_lp720-4_50th_anniversary_edition.html on August 6. 2020 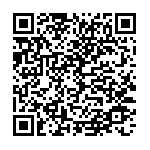