A while ago we published a photo of one of the first customer cars on the Lamborghini Aventador LP700-4 after being modified by German based tuner into their Molto Veloce edition while it was parked on the street, it didn't show the car completely and according to DMC some of their parts weren't installed yet ... but now we have additional shots of this car driving the streets of Hong Kong.

These extra shots show the complete car, both from the front as from the rear so we can determine just how extensive DMC has modified this rare RHD Lamborghini Aventador apparently registered in Hong Kong.

At the front we find the large carbon fiber lip DMC added underneath the standard front bumper, the DMC unit protrudes further forward in the middle and probably adds a bit more down force at speed, turning our attention to the side we find new side sills in a style that reminds us of the Aventador Jota side sills seen at the 2012 Geneva Auto Show, they don't look too bad I must admit.

At the rear we get a new lower diffuser in clear carbon fiber that nicely complement the original rear wing that now is finished in carbon fiber too and that received a large Super Veloce style wing on top of it ... if these still rise at speed isn't known for sure, but it would look a bit strange if it would I think.

The owner of this DMC Aventador Molto Veloce went for a mat black finish on the roof, which I personally don't really like in combination with all the glossy, clear carbon fiber, I would have gone for a glossy carbon fiber roof finish too, just to pull everything together.

Now about the wheels ... these are massive Forgiato units that have their spokes colour coded to the rest of the Arancio Argos shade used on the bodywork, note that this Lamborghini Aventador has the standard black brake callipers, which isn't a bad idea in fact as the option 'orange' finish on them isn't the same shade as the Arancio Argos, so they don't look right on this shade anyway ... but the wheels have been getting mixed reactions on various forum online, some like them while other downright hate them.

I just think the owner made his decision to go for these, and that's his right ... he is paying the bill so who are we to criticize that, just take a look at the third image with this article ... that is the same wheel from Forgiato, who is currently custom finishing a set of these for a customer ... in 24 carat gold ... I can't wait to see on what car these are going to be fitted.

Printed from www.lambocars.com/lambonews/dmc_molto_veloce_aventador_rides_in_hong_kong.html on August 7. 2020 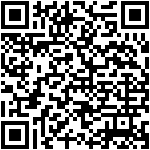