Prices on earlier, classic Lamborghini have been rising for years now, trying to get hold of one of those amazing Miura SV has become a multi-million dollar experience these days (a 1971 Miura SV sold for $2,000,000 earlier this year) and the successor, the Lamborghini Countach has been going up in price too, with the early LP400 demanding $1,000,000 and more these days.

Until now the Diablo and Murciélago have been slightly overlooked, but things are about to change here too, when RM Sotheby's held their Monaco auction on May 14 2016 a 1995 Lamborghini Diablo SE30 Jota changed hands for a record setting €672,000 (that's $760,000 or £525,000 using the exchange rate at the time of writing) ... now we have to admit a Diablo Jota is not a regular Diablo by no means.

The Lamborghini Diablo was introduced back in 1990 as the long awaited successor to the Countach, the four wheel drive Diablo VT joined the line three years later in 1993, and it would set the trend for four-wheel drive Lamborghini models after that.

1993 set another milestone in the history of Automobili Lamborghini SpA, the 30th anniversary of the founding of the factory back in 1963 ... so time to create another celebration model (the Countach 25th anniversary was the first one) ... on September 23rd, 1993 the 3rd Lamborghini Day held at Sant'Agata, the Lamborghini Diablo SE30 was unveiled, finished in a stunning Lavender metallic shade (officially called Lambo 30) over a blue alcantara interior.

The Diablo SE30 came with a modified front and rear bumper, new side sills, a different engine cover and amazing looking, lightweight magnesium wheels with titanium bolts ... all in an effort to make the SE30 lighter compared to the production models ... the Diablo SE30, or Special Edition was a limited production model, all individually numbered, only 150 were built.

Deliveries started in mid 1994 ... but in 1995 things became really interesting ... Lamborghini decided it could be a good idea to have a production car entered into GT Racing, so they had Lamborghini Engineering SpA (today this would be the 'Squadra Corse' department) develop the Jota kit for the Diablo SE30 ... 28 units of this kit were built in 1995, but not all were fitted to Diablo SE30 cars during production in the factory.

By the time the Jota option was available a lot of Diablo SE30 had already been delivered to customers, and some of them also wanted to have this extra power to their car, so in the end only 12 or 15 Diablo SE30 Jota were built on the assembly line in Sant'Agata, others were installed by dealers all over the world ... the 1995 Diablo SE30 Jota that sold in Monaco was one of the original factory built ones!

Chassis number ZA9DE22A0RLA12132 had serial number 132/150 in the Diablo SE30 production, built in July 1995, engine number A012 tuned to nearly 600 Bhp by reprogramming the ECU electronic injection system, installing a pressure plate that required new gaskets for the intake plenums, lighter cranks and different cams ... the result was a racing engine for road use.

The pressure plate on top of the engine required another important change over the standard Diablo SE30 ... the engine cover now boasted two impressive air intakes that were visible above the roof ... functional and impressive at the same time ... it made the Jota look even more intimidating ... in fact the Diablo SE30 Jota was so close to a race car it could be too overwhelming ... one owner in the UK had the Jota kit removed from his yellow Diablo SE30.

The Diablo SE30 was intended to become a GT racer for Lamborghini in the mid-Nineties, so wherever weight could be saved, they saved it. The central tunnel was made from carbon fiber, and normally not padded, the upholstery was made from alcantara because it is less slippery and lighter than leather, side windows didn't open completely, one a small section at the bottom could be lowered ... by a knob on the door panel ... air-conditioning ... no thanks, too heavy and uses power from the engine.

However chassis 132 sold here was ordered a little differently by her Japanese customer in 1995 ... naturally the most important option was the Jota kit, but the owner liked some music inside so he asked for a radio to be installed, also air-conditioning was added, together with power windows ... full size side windows too (very rare on the Diablo SE30), full leather seats, door panels and lower part of the dashboard, the top of the dashboard remained the typical SE30 blue alcantara to match the custom order, blue/violet exterior shade.

So in the end we might be looking at a one of kind, factory original Lamborghini Diablo ... which might explain the high selling price of €672,000 keeping in mind a Diablo SE30 Jota isn't available on the market very often it might be an indication of things to come ... I can imagine the 1999 Diablo GT fetching $1,000,000 and more any time soon now with only 83 built ... however the Diablo 6.0 VT might be available for a less as a lot more were built before the Murciélago took over in 2001.

Printed from www.lambocars.com/lambonews/diablo_prices_are_rising_se30_jota_sells_for_record_amount.html on May 27. 2020 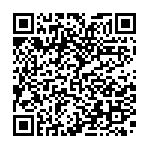