Could this be the new Lamborghini Aventador SV

Dutch spotters site AutoGespot managed to obtain images of what looks like the new 2015 Lamborghini Aventador SV during a filming stint on the open road ... without any cameo of camouflage covering the new design of this flagship ... an evolution of the original Aventador LP700-4 introduced only four years ago in March 2011.

The Aventador production has been going on for about four years only, but still an important number of versions has been introduced, starting with the open top Aventador LP700-4 Roadster in late 2012, closely followed by a total restyle in the form of the limited edition Veneno LP750-4 at the March 2013 Geneva Auto Show with the special 50th Anniversary edition show in April 2013 as the Aventador LP720-4.

So is Automobili Lamborghini SpA shaping up for yet another evolution for their V12 flagship model ... an SV model has been talke about a lot already, might the 2015 Geneva Auto Show finally bring us the Super Veloce (if that is what the SV will stand for this time, remember on the Miura SV it was Spinto Veloce while on the Diablo SV it was called Sport Veloce ... the Murciélago LP670-4 SV was in fact the Super Veloce) ... and are these 'spots' showing the actual car we might be seeing in a few weeks in Switzerland?

The rear of this red Aventador looks very aggressive, in fact it looks like the designers took a long, hard look at the Veneno and the Aventador LP720-4 and combined the two into the rear diffuser for the new SV model, this time with a nice color coded section and four round exhaust pipes mounted in the middle ... Probably the biggest surprise here is that rear wing.

On these photos the engine cover doesn’t have the glass panels to show the massive V12, instead they look like matte black fins, with correspond to most of the special parts on this SV evolution that are also finished in matte black ... a nice clear carbon fiber finish on these parts might be an good idea by the way.

The adjustable air intakes behind the side windows receive a large intake too, finished in matte black again ... could this mean they no longer 'open' to draw more air into the engine bay but stay fixed in this way ... only time will tell when Lamborghini publishes the official press release ... which will also mention the actual horse power for this new model.

A lot has been said about this too, rumor has it the Aventador SV might get a power increase up to 800hp, but more conservative estimates will put her between 740 and 760 hp with a possible weight loss of up to 100kg ... I guess an Aventador SV will have more power than the normal LP700-4, but also more than the limited edition LP720-4 Anniversary model ... but will she also receive more power than the very limited Veneno model at 750? Who knows?

Up front we see a different front bumper, definitely with LP720-4 influences, but still very different ... in fact when you take a look at the aggressive rear section of this car, the front looks almost timid, while on her own this surely isn't the case ... add the special side sill design similar to the one we've seen on the Aventador J and this red Aventador SV sure looks intimidating.

The wheels look like they will receive a track inspired center lock system, a new cross spoke design to get that race feeling too. From these images it isn't clear what size the Aventador SV will wear, but I guess it will be at least 20" up front at 21" at the rear ... similar to the optional Dione wheels in fact.

No details on the interior either, but one of the shots shows a higher angle view of the dashboard pod which unveils a red pinstripe on both sides, much like the one seen in the Veneno if you ask me ... being an SV evolution I guess lots of clear carbon fiber or perhaps the new Forged Composite will be visible inside the Lamborghini Aventador SV, perhaps even a set of sport seats and four-point seat belts like we've seen in the Murciélago SV wouldn't be a bad idea.

Now this was never done on the Murciélago, but remember the Diablo SV was available as a Roadster at one time ... how about a Lamborghini Aventador SV Roadster? I sure wouldn't mind seeing that on the open road.

So is this the new Lamborghini Aventador SV that could be unveiled at the 2015 Geneva Auto Show or is this another hoax to hide the real deal that will be shown in a few weeks ... we will all be sure in a few weeks.

Printed from www.lambocars.com/lambonews/could_this_be_the_new_lamborghini_aventador_sv.html on August 7. 2020 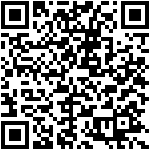