Construction of a new factory building at Lamborghini

A lot of construction work is going on behind the current Automobili Lamborghini SpA buildings in Sant'Agata, by 2018 the new Urus will be in production and with intended sales of 3,000 SUV each year the current production lines just couldn't cope, so a serious expansion was needed.

At this moment the Lamborghini factory buildings cover about 80,000 square meters, this will grow to a massive 150,000 by the end of 2017, for one by adding a third assembly line for the Urus, but also a new area to perform final checks before the Bull goes to the customer will be added together with a brand new Lamborghini Store to replace the current one.

Over the next three years a total of 500 additional employees will also be engaged by Automobili Lamborghini SpA, in research, engineering, purchase and quality check ... while four new buildings will find there place behind the existing buildings we see today ... also note Lamborghini will build a test track specifically for the SUV, which might not be as smooth as the streets the Huracan and Aventador are being tested these days.

The assembly line of the Lamborghini Urus will in fact receive bodies made by Volkswagen in Bratislava, pre-painted in fact, but the heart of the production will still be in Sant'Agata as stated by Ranieri Niccoli, industrial director at Lamborghini ... also according to Niccoli there is still room for growth ... perhaps we'll see a fourth model in the lineup after 2018.

From July 2015 massive bulldozers and large trucks arrived to start preparing parking and service facilities for the new buildings, in the spring of 2016 the first stone for a new warehouse will be laid, another 100 million Euro investment that will be finished by the end of 2017, in time for the Urus assembly line to go into production.

Thing are certainly changing in Sant'Agata over the year to come, with departments being moved around in the existing buildings while others will find their place in the new ones ... exciting times for a company of automotive artisans that will double their production capacity in three years from now.

Article based on a story found in 'la Repubblica BOLOGNA.it'

Printed from www.lambocars.com/lambonews/construction_of_a_new_factory_building_at_lamborghini.html on July 2. 2020 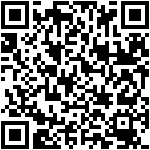