Automobili Lamborghini SpA is usually very good at hiding new models from the general public, remember the Aventador has been developed without too many spy shots being taken ... right up to the point when Lamborghini themselves decided it was time to show some test mules. And with the successor to the decade old Gallardo V10 model they are pulling the same trick again ... rumor about this brand new model that could be called Cabrera have been going round for years already and still actual spy shots have only surfaced a short while ago ... until today.

Apparently the Lamborghini Cabrera is going into the final stages of development before it will be unveiled to the public, which might happen at the 2014 Geneva Show in fact ... a new test mule has been spotted on the open road during night time testing ... and despite the heavy black taped camouflage we still can see it doesn't look like the earlier spy shots.

On many of these shots you can clearly see there is a bright green car underneath, but the actual design is still hidden from view ... on the side shots we can recognize the overall profile of the Lamborghini Cabrera, sure the front has a massive cardboard cover around it, but take a look at the headlight position seen through the tape ... that looks very good in fact.

Also at the rear we notice the new taillight design ... it seems the by now traditional Y-shaped design is no longer used on the Cabrera, instead the thin LED strips seen on the Veneno might make their appearance on this new V10 production model.

These photos also show a new design for the engine cover, no longer a horizontal unit like on the Gallardo today but a more aerodynamic glass section with cooling fins to the side and rear section ... from these shots we can also determine the four exhaust pipes will remain ... as much as I love the angular design of the original Gallardo I didn't like the single exhaust tip at the left and right ... I like the dual tips from the LP560-4 evolution on so much better ... one thing that did catch my eye on the shot from the rear is the rather small diameter of these exhaust pipes.

Do take another look at these photos ... especially the wheels. They do look really nice if you ask me, the traditional Lamborghini design is present but it has been taken to the next level while the photo taken from the front clearly shows the new design of the seats ... in this test mule they show an integrated headrest and a stunning combination of smooth and reversed black leather.

The dashboard pod has an Aventador style angular design but I'm sure it will be using a different LCD layout ... would love to see something like the Egoista dashboard with the HUD ... but I guess that would be too impractical in real life usage.

I for one can hardly wait to finally see the new Lamborghini V10 model unveiled ... preferably as soon as possible as I'm sure it will look amazing without all that black tape hiding the delicate new design ... will it be an LP600-4 right from the start with a double clutch gearbox? If the many rumors are correct it will ... but nothing is sure before Automobili Lamborghini SpA publishes their official press release and photos.

Printed from www.lambocars.com/lambonews/cabrera_spotted_during_night_time_testing.html on September 30. 2020 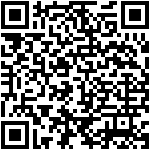