Remember the Lamborghini Murciélago LP670 R-SV prepared by Reiter Engineering to compete in the FIA GT1 World Championship series ... that was a very impressive V12 race car, too bad it didn't reach the success it deserved ... but there is a new bad boy in town: I give you the Aventador LP790 R-SV, the Racing Super Veloce based on the current V12 flagship.

I know this is just a render, created by having some fun on the computer, but still take a closer look at this track ready Aventador modification: we get wider wheel arches at the front and the rear to allow a slightly wider track for the lightweight, center lock racing wheels covered by slicks for extra grip on a dry track.

Naturally we need some additional aerodynamics too, so up front we get a ground hugging, adjustable spoiler underneath a slightly lower bumper with enlarged air intakes to have better cooling on the massive disk brakes, we also have air extractors on the side of the bumper and the necessary canards to increase down force at high speed.

At the rear we have a totally redesigned lower diffuser with an additional plate to keep the Aventador R-SV stable at speed, but we also see a new rear section with larger air outlets under the taillights to allow hot air to be expelled quicker through the larger, race style radiators. Additional fins at the back keep the car stable at high speeds and mount right up to the massive rear wing that will create enough down force to offer those wide slicks the grip they require to keep this Raging Bull at the front of the race.

Naturally all glass has been replaced by racing windows, there is even a small sliding section on the drivers side window and we installed air tubes behind the exterior rear view mirrors to get some cool air into the cockpit, which let's face it can be getting rather hot during a race. The original dashboard, door panels and central console have been replaced with lightweight carbon fiber units, full digital dashboard read out and a sequential gearbox make the life of the driver a little more comfortable seated in his carbon fiber race shell.

All carpets and headliner have been removed to reduce weight further and a full race-specs roll over cage mounted to keep the pilot safe in case of an accident, the small portion of glass behind the door was replaced with a carbon panel that now houses the quick fuel filler.

The original air intake behind the side windows is missing too ... air now comes from twin air scoops on the engine cover that feed air onto a pressure plate before it goes into the highly tuned, race prepared engine delivering a staggering 90 hp increase over to the original LP700 mounted V12.

I know this is total fantasy, and as far as I know there is no Aventador based racecar in the pipeline for the near future ... but isn't it great to play around with a 'what if' idea? I wouldn't mind seeing Reiter Engineering working their magic on the Aventador and create another V12 racing masterpiece.

Printed from www.lambocars.com/lambonews/aventador_lp790_r-sv.html on August 7. 2020 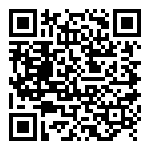