A German based car magazine leaked the images of the very special celebrations edition of the Lamborghini Aventador ahead of schedule, the article and the photos were quickly removed again naturally, but the damage had been done ... the entire world now knows about the next limited edition based on the successful Aventador LP700-4 model.

If rumors got it right we will be seeing the official unveil and the corresponding press photos in a few days when the Shanghai Motor Show opens the doors on April 20 in China, until then you never know if Automobili Lamborghini SpA will pull the plug on the entire project because just about everything about the car has been leaked onto the internet already.

Apparently we can expect an upgraded V12 engine to 720bhp, hence the LP720-4 denomination, add to this modified front and rear bumpers and the lighter 50th Anniversary Lamborghini offers slightly better performance figures compared to the regular LP700-4, which remains in production naturally as the LP720-4 will be limited to 100 units we've heard.

Finished in Giallo Maggio (loosely translated into May Yellow) this new shade is a pearl metallic yellow with a lot of metallic flakes mixed into the paint, the name is taken from the fact Automobili Lamborghini SpA was founded in May 1963 ... exactly 50 years ago in a fe weeks.

The new aggressive front bumper is a mixture of yellow and clear carbon fiber, with on the lower side, just ahead of the front wheel, a nice 'LP720-4' crest ... note the regular 'LP700-4' is mounted just ahead of the rear wheel air vent, but as this Anniversario has a black side sill that raises up on the side air intake it would be out of place to mount the type plate on this spot.

If you think the front looks aggressive you will really like the rear, it has become a mixture of styling seen on the Aventador J last year and the Veneno from this year ... the entire rear section in made from clear carbon fiber, there are diagonal fins going up to the standard rear wing while the Veneno styling for the license plate can be seen on the LP720-4 too, behind the center mounted grille.

The choice to go for a yellow shade on this 50th Anniversary Aventador was inspired by the fact that over the last five decades it has been the most popular color on Lamborghinis leaving the factory doors in Sant'Agatha.

Now I'm not going to publish any of the leaked photos before the official press conference in Shanghai, but I did wonder how this new model would look as a Roadster ... so I created a virtual mockup of a Lamborghini Aventador LP720-4 Roadster, complete with the new front bumper, side skirts, black rear view mirrors ... and naturally that magnificent looking Q-Citura stitching on the seats ... I for one really love that in a Lamborghini, and it looks equally impressive on the Aventador if you ask me.

While I was fooling around in PhotoShop I got the idea of mounting an Aventador J style rear wing onto the Aventador LP720-4, I for one think the race look of this limited edition can handle an additional wing at the back without a problem ... so there is a second virtual mockup with this article, showing the Aventador LP720-4 with a fictional rear wing.

Printed from www.lambocars.com/lambonews/aventador_lp720-4_50th_anniversary_roadster.html on August 4. 2020 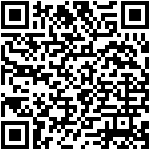