A rather strange rumor got published this week, apparently someone mentioned there could be an Aventador GT in the pipeline ... and no we aren't talking about something like the Diablo GT, a race inspired car for road use, nope.

The Aventador GT would be a 2+2 Gran Turismo edition to compete with cars like the Ferrari FF, offering two additional seats on a slightly longer wheelbase evolution, now I for one find that rather hard to believe, why turn a full blooded exotic super car into a Gran Turismo 2+2 edition when you have a near perfect base sitting on the shelve already ... the Estoque would be a near perfect competition for GT cars from other makes, and if four doors aren't high on the priority list it would look just as good with only two door ... as can be seen in the render we were able to make, perhaps even a convertible later on would add another model to the line-up with minimal extra effort.

We also did a quick render on how a 'stretched' Aventador would look, adding a second set of door to allow access to the two additional seats as some rumor talked about fitting suicide doors to create the Aventador GT, you now this kind of 'backward' opening doors from cars like the Rolls Royce by the way ... however imagine how the Aventador GT would look with Portofino doors where the front doors open upward like we already know from Lamborghini, but the rear doors also open upward being hinged at the back ... a great, very impressive look by the way.

If we can believe the current rumor we are heading for an unveil of the long awaited Lamborghini Aventador LP700-4 Roadster at an early 2013 Detroit Motor Show while the 2013 Geneva Show would be the stage for an Aventador LP700-4 Gran Turismo edition and the next year we should be seeing the Aventador LP800-4 Super Veloce evolution on the 2014 Geneva Show ... timing that could make sense, remember the Murciélago LP640 Roadster was unveiled in the US too, and this leaves room for the Paris or Frankfurt show to unveil the Gallardo successor, however somehow I don't think we will be seeing a new V10 in late September 2012 already, perhaps a concept, but not something production ready if you ask me ... but I could be completely wrong, and on September 27 2012 during the press conference in Paris we might all be blown away by a brand new Lamborghini model ... only time will tell.

Printed from www.lambocars.com/lambonews/aventador_gt_2_2_as_an_additional_model_in_the_line_up.html on January 22. 2020 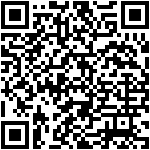