Automobili Lamborghini is strengthening its position on the Chinese market by opening a new dealership in Hangzhou and a new showroom location for its Beijing dealership, which has recently been expanded and is now the largest sales outlet for the Raging Bull brand in Asia.

These newly opened facilities are part of the Sant'Agata Bolognese-based company's growth strategy for its worldwide commercial network, and reflects the success already achieved in China, where it has 7 dealers in Guangzhou Shanghai, Beijing, Chengdu, Hangzhou, Xiamen and Hong Kong.

Automobili Lamborghini has turned in a constant sales growth in the Chinese market.

During the first ten months of 2009, sales in China increased by 23,1% (with 64 cars delivered), and by the end of the year Lamborghini expects to reach the record number of 80 sold units, as compared with 72 in 2008. In overall terms, 26,8% of Automobili Lamborghini's total sales during the last fiscal year was achieved in the Asia-Pacific area, compared with 22,8% the previous year.

This respectable sales performance on the Chinese market can be attributed to not only the expansion of the distribution network, but also to the marketing and communication strategy implemented in China. For example, more than 300 potential customers and over 200 specialist journalists tested and enjoyed the performance of the Gallardo LP 560-4 and the Murciélago LP 670-4 SuperVeloce at the Shanghai International Auto Show and in recent track events organized by Automobili Lamborghini in China.

"With its speedy economic development, China has attracted the attention of the entire world. And, the strength of this Asian economy continues to provide strong potential in terms of new growth," commented Stephan Winkelmann, President and CEO of Automobili Lamborghini SpA. "Demand for high-end automobiles has increased suddenly over the past few years, and more and more prosperous citizens of the People's Republic are showing they are mesmerized by the extreme, uncompromising design of our brand. No other car offers the incomparable excitement of a Lamborghini to this particularly young target group."

The new sales outlet in the Chinese capital is located in an area considered to be a showcase for luxury cars on famous Jinbao Street, which is known as one of the most important avenues for luxury shopping in the world. The Beijing showroom extends over two floors and has a total surface area of around 700 square meters. It is operated by the Hong Kong-based Sparkle Roll Group Limited, which specializes in the distribution of high-end luxury products, including sports cars.

Printed from www.lambocars.com/lambonews/automobili_lamborghini_strengthens_its_position_in_china.html on July 9. 2020 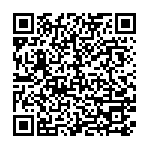