Automobili Lamborghini President and CEO Stephan Winkelmann has confirmed the importance placed by Lamborghini on the Chinese market, as the Italian super sports car marque attends the Beijing Motor Show. "China provides an extremely strong opportunity for market growth: we have an objective to triple our annual sales in the region this year," said Winkelmann. "We are in the process of establishing and developing our dealer network in China with highly professional and committed partners, ensuring the comprehensive representation necessary in this region to respond to the ever-increasing demand for the Lamborghini marque.

Lamborghini currently operates three dealerships in China: in Beijing, Shanghai and Guangzhou, plus a further franchised outlet in Hong Kong where sales are also set to double in 2008. Lamborghini opened its first Chinese showroom in Beijing in November 2004 in the city centre's prestigious Oriental Plaza, moving to new facilities in the Regent Hotel a year ago.

"Lamborghini has extremely strong international brand recognition and brand appeal, with our cars not only acknowledged as high performance super sports cars, but as highly aspirational luxury acquisitions. We want to become the most profitable super sports car manufacturer world-wide. China is a country where the 'car culture' is developing hand in hand with the luxury goods market, and Lamborghini is committed to developing the infrastructure and brand presence in China required to meet our retail customers' demands."

"As in all markets however, we will continue to protect our brand USPs: one of which is the exclusivity of Lamborghini. We continue to maintain solid order banks with a minimum 12 month lead-time throughout our world markets: the exclusive nature of Lamborghini is extremely important to all our clients."

Winkelmann also recognises that Lamborghini's own growth will be partly dictated by the growth of China's own economy and infrastructure. "China shows extraordinary economic and social development. As infrastructure elements such as the road network develop - essential to the performance car market - and the demand for high luxury items spreads to the regions, so too will the growth of our brand and retail representation."

Lamborghini announced record financial results for 2007. In comparison to '06 figures, turnover increased 35% to €467 million, with a 160% growth in profit providing a pre-tax profit margin of 10.1%. Deliveries worldwide increased by over 15% to 2406 units.

Deliveries to Asia Pacific markets increased by 18% in 2007, alongside an 8% growth for the North American market (Lamborghini's most significant) and a 22% increase in European deliveries.

"Our objective has always been to balance our business activities across these three markets: North America, Europe and Asia Pacific. In 2007 we met our target development in our Asia Pacific regions, of which China played an essential part last year and will be increasingly significant in the future," concluded Winkelmann. "China will be one of our overall most important markets within future years."

Lamborghini will be represented at Beijing motor show. The Beijing show will host the Asian launch of the new Gallardo Coupé LP560-4, first unveiled at Geneva show in March 2008. The new car replaces the original Gallardo Coupé first launched in 2003: with increased power to 560 hp (hence its new name); enhanced acceleration and top speed performance; new engineering including engine and suspension; deliveries of the restyled Gallardo will commence in China and throughout the world in Summer 2008.

Printed from www.lambocars.com/lambonews/automobili_lamborghini_spa_strategy_for_china.html on August 4. 2020 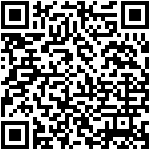