Opening of the first Lamborghini dealership in New Delhi

The new Lamborghini dealership in New Delhi was officially opened today in India, in the presence of the President and CEO of Automobili Lamborghini, Stephan Winkelmann. It is the first of two dealerships to be opened in India. Exclusive Motors pvt.Ltd. - with which Automobili Lamborghini signed the partnership contract last year and which has already been operating for several months with a Lamborghini Authorised Service Centre - thus opens its first sales point today, inside the Ashok Hotel, Chanakyapuri, in the south of New Delhi, a second showroom will be opened in Mumbai by the end of 2006.

Entering the Indian market is of great importance and strategic significance for Automobili Lamborghini, and the selection of Exclusive Motors to operate the Lamborghini franchise in India was based on the company's experience in the supersports and luxury car sector. Lamborghini took this occasion for officially launch the Gallardo Spyder, which has enjoyed a worldwide success. "This first year of collaboration with Exclusive Motors has certainly been positive," stated Stephan Winkelmann, "because in the Lamborghini portfolio there are already a huge number of Indian customers who are interested in a Lamborghini Gallardo or Murciélago."

And he concluded: "We are sure that together we will contribute to strengthening the name and brand image of Lamborghini." Mr Satya Bagla, Managing Director of Exclusive Motors added: "I feel very confident of the future of Lamborghini in India." Automobili Lamborghini expects to sell at least 10 supercars in the Indian market in 2006 and plans to allocate the same number in 2007 due to its exclusivity of the marque in this market.

Automobili Lamborghini sold 1600 units worldwide in 2005 with 1850 units anticipated for this year.

Printed from www.lambocars.com/lambonews/automobili_lamborghini_arrives_in_india.html on August 4. 2020 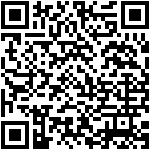