Auto Moto d'Italia 2015 will celebrate 25 years of the Diablo

It has been 15 years ago now that I have visited Auto Moto Italia for the first time, back in 2000 I went to Euretco in Houten, the Netherlands to admire the most amazing cars from Italy nicely shown indoor, not only cars, but also stunning bikes, great Italian food and wine ... and an atmosphere among owners and enthusiasts that was so amazing it kept me going back every year.

In 2013 the location was changed to the Autotron in Rosmalen, the Netherlands and the event changed names to Auto Moto d'Italia 2013, now organized by famous 402 Automotive (they organize some of the most amazing car events in the Netherlands). Their first year of hosting didn't go by unseen ... the collection of Lamborghini on display in Rosmalen was impressive, and was a celebration of 50 years of Automobili Lamborghini SpA.

For the Auto Moto d'Italia 2014 venue the highlight was the 40th anniversary of the Lamborghini Countach, and again some really impressive Bulls were put in the spotlight, no less than six Countach took center stage in Rosmalen ... the only one missing was the ultra rare LP400 model, but once again this was a piece of Lamborghini history that was admired by the many visitors that came to take a look at all the beauty on wheels 'made in Italy'.

On October 3 and 4 the 2015 edition of Auto Moto d'Italia will again be held at the Autotron in Rosmalen, but this time an extra exhibition hall will be used, next to the Expodome the Eventron will also be open to put Italian cars and bikes on display ... and I guess they might need the extra space as this year will celebrate 25 years of the Lamborghini Diablo.

That's right, it has already been 25 years ago the Lamborghini Diablo was introduced as a replacement to the by now legendary Countach, on January 21. 1990, at the Hotel de Paris in Monte Carlo two Diablo were shown to the public, a yellow one and a red one ... they would be the first of several evolutions in the Diablo range, one of them would in fact become a trademark of Lamborghini like the Countach doors did before ... the 1993 Diablo VT would introduce the four-wheel drive system that still being is used on just about all Lamborghini since the Diablo era.

Probably one of the most sought after Diablo would have to be the 1994 Diablo SE30, a Special Edition that celebrated the 30th anniversary of Automobili Lamborghini SpA and came in a very special 30th Anniversary Lavender Metallic shade over a blue alcantara interior, complete with small sections of the side window that had to be manually opened and a rather Spartan interior ... only 150 would be made, all numbered ... but not all left the factory in the special purple shade.

At the time Lamborghini was thinking about creating a car with BPR FIA GT racing in mind, at that time Lamborghini didn't have the funds to put together their own, single make racing effort, so they wanted private owners to have their Diablo SE30 converted into a race car, and they developed a Lamborghini Diablo SE30 Jota for this purpose ... but the plan never completely materialized and in the end only 28 Jota kit were made. In fact only 12 Diablo SE30 left the factory in full Jota specs, complete with roll over cage (an option on all Diablo SE30 at the time) and 14 Jota kits were sold to local dealers to be installed on SE30 that had already been delivered to the customer ... the factory kept 2 spare kits, which have been sold later on too by the way.

At the 1995 Geneva Auto Show Lamborghini revived the SV designation from the Miura, this time as the Diablo SV, the Sport Veloce, as a rear-wheel drive model only the Diablo SV wasn't the easiest to drive, especially on wet roads, but with the two air intakes on the engine cover and modified front bumper this quickly became a sales hit for Lamborghini, many of them featuring a massive 'SV' script over the doors on the side ... several owners removed this decal later on, so finding a Diablo that still has this stylish logo on the side might become difficult in the future.

1995 would mark another milestone in the Diablo production when the long awaited Diablo VT Roadster was unveiled in December of that year, with a lightweight roof that could be stored on top of the engine cover the Diablo Roadster was a stunning car, which is still being treasured by her owners today ... with the roof in place she looked almost like a Coupé, but could offer the pleasure of open top driving in a matter of seconds by simply moving the roof onto the engine cover, a two man job as the roof was usually too large to be handled by a single person, it wasn't too heavy but just too big.

Production and sales of the Lamborghini Diablo continued on a steady volume for a few years until Audi AG bought the company in 1999 and decided a quick refresh was needed, one of the major issues mentioned by owners of the pre-1999 models were those pop up headlights ... they became a little outdated nine years after the first Diablo was shown. So for the MY1999 Diablo a pair of fixed headlights was installed in the front fenders, also the interior was modernized quite a bit with a stunning, sweeping dashboard design that included a passenger airbag now. Note that the original 2wd Diablo was dropped from the lineup for 1999, only the Diablo VT, Diablo SV and Diablo VT Roadster remained ... for now.

Things were moving in a rapid pace at the factory in Sant'Agata after 1999, and while a lot of work was being put into the development of a replacement for the aging Diablo, they made arguably the best Diablo ever to be sold in 2000, the Diablo VT 6.0 came with an enlarged engine, new styling to the front and rear bumpers this Diablo introduced the central mounted, dual exhaust on the 550 hp strong V12 engine ... and the best was still to come with the Diablo GT, a street legal race car limited at only 80 units ... and today this one has become the most sought after Diablo ever!

Towards the end of production of the Diablo range a new limited edition was introduced, the Diablo VT 6.0 SE was available in one of two shades, either Oro Elios or Marrone Eklipsis .. and to make her even more exclusive only 20 units in each paint would be built before the Murciélago took over the role of the Lamborghini flagship in 2001.

In total nearly 3,000 Diablo have been built between 1990 and 2001 so chances are we might be seeing a lot of them at the next Auto Moto d'Italia event in early October, so I'm really looking forward to visiting Rosmalen in a few weeks ... I hope you will come and check out this celebration of Italian art on wheels too.

More information can be found on the official Auto Moto d'Italia website.

Printed from www.lambocars.com/lambonews/auto_moto_d_italia_2015_will_celebrate_25_years_of_the_diablo.html on August 13. 2020 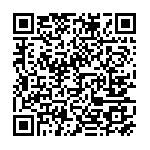