We've already seen the very impressive 2013 evolution of the well known Lamborghini Blancpain Super Trofeo race car back in October 2012 when they unveiled this bright yellow Racing Bull to become the next level of racing in the Super Trofeo series which was inaugurated in 2008 and took place on some of the most important race tracks in Europe.

For the next four years these amazing looking Gallardo based race cars competed with each other being driven by a combination of professional drivers and gentleman racers wanting to have a good time behind the wheel of a pure bred Bull ... with only one intention ... becoming the Super Trofeo champion for the season.

Last year the Super Trofeo series made its first appearance on the major Asian tracks, and it became a massive success once more, with very impressive media coverage of all races and a total of more than 2,000 guests attending the beautiful, military styled hospitality section ... only available for VIP with an invitation mind you.

The new 2013 edition of the Super Trofeo race car will be put through some serious testing in mid-March when the teams take their V10 Bulls onto the Vallelunga track for two official test days which will allow them to get acquainted with the characteristics of this impressive race car ... which will not only be driven on European tracks but also in Asia for the second year ... and in the United States.

The new for 2013 evolution of the Super Trofeo race car, Mr Reggiani made it quite clear they didn't want to create a revolution with this new model, will be heading to the American shores next ... to compete in a third Super Trofeo Series ... Lamborghini makes it a global thing now, however the teams will remain on their own continent ... there will be three totally different Super Trofeo Championships in fact ... most likely with only very minor differences in the car itself.

And the fun has only started apparently, in a recent interview Stephan Winkelmann, CEO and director of Automobili Lamborghini SpA has confirmed an official entry into a FIA sanctioned series. For the first time we'll be seeing an official factory entry in racing on a global scale, something the late Ferruccio Lamborghini, founder of the company back in 1963, always refused.

Note that this Lamborghini GT3 car will not be the only newcomer in the 2013 FIA championship, the impressive Bentley Continental GT3 race version will be marking the return into competition from a well know exotic car builder ... remember Bentley ruled the race tracks for years ... their last victory was the grueling 24h Le Mans race in 2003.

If we'll be seeing a factory official GT3 race car competing with the impressive Reiter Engineering prepared Gallardo LP600+ isn't clear yet, but I'm sure the massive amount of knowledge and experience Hans Reiter and his team managed to accumulate over the years by building race cars based on the Diablo, the Murciélago and the Gallardo will be put to good use by Automobili Lamborghini SpA for their official entry into competition this year.

Printed from www.lambocars.com/lambonews/american_super_trofeo_series_has_been_confirmed.html on August 15. 2020 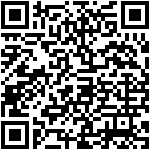