A sneak peak at the Huracan production line

I'm sure the new 2014 Lamborghini Huracán LP610-4 is already on her way to Geneva from Sant'Agata, being prepared for the world wide première at the Auto Show that opens the doors to the members of the press on March 4th ... just in case you want a preview of how this new V10 entry level Lamborghini is being built Car and Driver managed to obtain a sneak preview of the actual production line at the factory.

While the V10 engine has the same 5.2 liter displacement as the one used in the final Gallardo production models it has been in fact completely re-engineered to include both port and direct injection while emissions could be reduced by 11% from the use of a start-stop system combined with cylinder deactivation ... just like we've seen on the MY2013 Aventador model.

Acceleration like that requires a decent gearbox, and the new Huracán can count on a 7-speed Lamborghini Doppie Frizione dual clutch transmission ... it will shift gears in the blink of an eye and still allow driving in city traffic, naturally the Huracán is a four wheel drive Lamborghini with a torque split of 30/70 under normal driving conditions ... the system is told to be able to shift to a 50/50 split ... and even push 100% of torque on the rear wheels only!

Under the very beautiful exterior styling, which as Filippi Perini (Chief designer at Automobili Lamborghini SpA) states offers a drag reduction of 3 percent while increasing downforce by a massive 50 percent, you'll find a Hybrid Chassis ... in fact a combination of carbon fiber and aluminum that is 10% lighter and 50% stiffer compared to the Gallardo space frame.

Inside the new Lamborghini Huracán the Italian style is continued as a mix of quality and aggressiveness, the steering wheel is a hub of controls in fact, on the lower part you'll find the Anima, or Adaptive Network Intelligent Management control, which controls a series of three settings: Strada, Sport and Corsa ... effectively changing the identity of the Huracán on the fly.

Chief engineer Maurizio Reggiani confirmed the lap times at Nardo of this 1,422kg heavy Huracán were a full two seconds quicker than a Gallardo LP560-4 ... in fact he also hinted at the fact the Huracán is faster on the Nardo track than any of the Gallaro models, including the lightweight Superleggera or Squadra Corse ... and this is still the initial LP610-4 model ... imagine the performance of a lightweight edition with a power increase.

Automobili Lamborghini SpA now has additional quality checks during the production of the Huracán in Sant'Agata to make sure she adheres to the strict tolerances required, in fact the assembly of this new V10 model is a lot more efficient compared to the Gallardo production ... once the assembly line is fully operational a total of 13 Huracán per day can be built ... with over 700 orders of this car in one month I'm sure the entire capacity will be required to keep up with demand.

Printed from www.lambocars.com/lambonews/a_sneak_peak_at_the_huracan_production_line.html on September 27. 2020 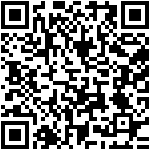