A new Super Bull at Frankfurt ?

The forums have been buzzing with talk about a new, highly limited edition Super Lamborghini that could be unveiled during the next IAA in Frankfurt in two weeks.

Rumors talk about only 20 cars being built, priced at a staggering 1,000,000 Euro ... but apparently they have all been sold already.

At the moment there is no official statement about this car, but word has it this magnificent new car would be based on the Murciélago LP640 chassis and engine, but only the doors and the exterior rear view mirrors would be retained, all other bodywork and interior was totally modified to make the car resemble an F22 fighter, hence it could be available in a one of a kind gray shade over a special green interior to look as much like a fighter plane as possible.

Such a high performance car would take this new Lamborghini right into to MC12 Corsa and FXX territory, putting this Raging Bull at the top of the market, quotes of engine displacement up to 7-Liters and power over 700 Bhp have been heard, which would mean this Super Bull could set new records to acceleration and top speed.

Naturally no official statement has been made about this car, but another rumor did say a scale model of this new Bull was shown in the United States to VIP customers and selected dealers.

If you take into account that during the first six months of 2007, Automobili Lamborghini SpA made as much profit at during the entire 2006 year, you can clearly see this move would really make Lamborghini the most profitable exotic car builder in the world, a statement made by CEO Stephan Winkelmann in a recent interview.

Can't wait for the IAA to open it's doors, Automobili Lamborghini SpA has planned a press conference on September 11 in Frankfurt ... will we get to see this bold new model or is this just another rumor ... we'll have to wait and see.

Printed from www.lambocars.com/lambonews/a_new_super_bull_at_frankfurt.html on October 26. 2020 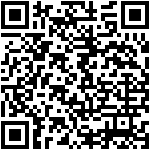