1/18 scale model for the Lamborghini Espada

We can't all afford to own a real Lamborghini, so many of us have to turn to collecting scale models, and for those enthusiasts a lot has been going on recently, there have been many new models available over the last few months, and one of these is this stunning 1/18 edition of the legendary Lamborghini Espada.

AutoArt took the challenge of creating a scale model of this classic, front engine, V12 super car, a full four seater that today is considered to be the concept behind the stunning Estoque that was unveiled in Paris in 2008.

The Lamborghini Espada was the most successful model until the Diablo came along, over 1200 were built over the years, and even today it is a very nice, comfortable albeit extremely fast exotic.

AutoArt has based itself on the Series II evolution with the new wheels and modified dashboard, let's hope they do a Series I and Series III too, I wouldn't mind adding them to my collection as these are very nicely finished.

In real life the Espada was once called the Italian Rolls Royce, I don't know if the people from RR really liked this, but it is safe to say that the Espada could transport four people in luxury over long stretches of highway ... and at very decent speeds.

The overall grandeur of the Espada has been translated into this 1/18 model, it is big, put it next to a Miura or a Countach model and you'll notice it at once, the Espada is majestic, but still very low slung.

I was able to get a copy of this model very early by ordering it directly from Hong Kong, and I must admit that I was pleasantly surprised, the AutoArt Espada is stunning, judging from the site they will make three different shades, this silver metallic one, a red one and a gold one, collecting them all three would be rather expensive, but do try to get hold of at least one color.

This is one scale model you just have to add to your collection, it is a magnificently detailed reproduction of the real car, and at the moment the only 1/18 scale model available.

Printed from www.lambocars.com/lambonews/1_18_scale_model_for_the_lamborghini_espada.html on October 26. 2020 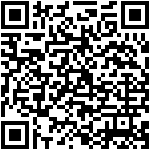