Canada based ZR Auto located in Calgary has made themselves a serious reputation when it comes to high end super car, owner Zahir Rana owns some of the most impressive cars on the planet including a 950hp Ferrari Enzo that ended up in the water at Targa Newfoundland back in 2011 ... fear not it has been completely rebuilt and is better than ever today, or how about a matte black Ferrari F40 ...

Naturally Zahir Rana also owns several Lamborghini, among them a 1,500hp Twin Turbo Gallardo with the impressive IMSA GTV wide body aerodynamic kit, Zana's car is chrome wrapped and actually for sale right now ... listed at $299,999 it is actually a steal as the modifications to the car and engine alone top $300,000, so you are basically getting a Lamborghini Gallardo for free with this deal.

Along with the aformentioned 1,500hp Gallardo ZR Auto has a few other Lamborghini listed for sale at the moment, two Gallardo Spyder ... and another very, very special Raging Bull ... perhaps even a one of a kind as this white 2002 Lamborghini Murciélago has a few additional extras on her option list you are not going to find easily elsewhere.

So let's talk specifics ... the listing talks about a 2002 Lamborghini Murciélago, now that is one of the original 6.2 models with the squared styled bodywork and straight bumpers front and rear ... however the list of custom options goes on and on ...

For starters this car received a complete LP640 lights overhaul, now showing the more modern, round 'double three star' design taillights ... after that the presence of a complete LP640 IMSA GTR aerodynamic kit is obvious, in fact the first car German based IMSA showed with their GTR kit for the V12 model was also finished in a similar white shade ... are we talking about the same car, I'm not sure, but they look very close on the outside despite a few details.

The clear carbon fiber rear wing is present, as are the vents in the wider front fenders ... yes, the IMSA GTR is a wide body kit for the Lamborghini Murciélago. Also the new front bumper has the IMSA vents on the side and the additional intake in front of the hood between the headlights while the rear diffuser shows a lot of clear carbon fiber too ... and a custom styled exhaust tip.

Note that the car listed by ZR Auto was in fact originally a 2002 model, so it came with the black engine cover louvers ... which have been replaced with the glass panels from the more recent LP640 edition so people can admire the massive V12 ... and the even more impressive Twin Turbo conversion ... Heffner originally created this TT setup for the V12 flagship, the tubing in the engine bay have been polished into a very high gloss which makes it all look even more outrageous ... especially when you think about the power output of this Bull: 1,300hp to the flywheel with a 14psi setting ... naturally you loose some of this power before it reaches the massive wheels, but you still end up with 1,104hp at the wheels ... which let's face it isn't that bad right?

Now back in the days IMSA showed their Murciélago GTR rolling on some very beautiful wheels similar in design to the IMSA Gallardo GTV, later on IMSA also unveiled a Murcielago LP640 Roadster GTR that rolled on brand new rims ... ZR Auto opted for these more recent wheels for this white Twin Turbo Murciélago GTR, and they do look right at home with their black finish and center lock configuration ... sizes are 11x19inch up front and 13x20inch at the rear with 265/30/ZR 19 and 45/25/ZR 20 Pirelli Rosso respectively.

Now if the wide body styling and 1,300hp Twin Turbo engine isn't impressive enough we noted something really special and rare on this car ... take a closer look at the interior ... that is a complete Versace interior, remember only 20 units of the Lamborghini Murciélago LP640 Versace were ever built, 10 in white and 10 in black ... all came with a special plaque between the seats stating the Versace link.

Now comes the catch ... no this isn't one of the original Lamborghini LP640 Versace editions, it isn't a limited production model, but it does feature the complete interior with Versace stitching pattern (a Greek fret) and a combination of black and white leather complete with clear carbon fiber details ... however two things are missing ... for one a real LP640 Versace came with the aforementioned plaque between the seats and additionally it would feature a 'Gianni Versace Couture' leather plaque on the door ... neither of which are present in this wide body Twin Turbo Murciélago.

But still the interior is an original Lamborghini sourced one, flown in from Europe on special order ... in fact the story is rather simple, the entire Versace styled interior for the Lamborghini Murciélago could be ordered as spare parts straight from Automobili Lamborghini SpA ... apart from the two original Versace plaques, those were not available anywhere, not even from the Versace house.

Some details on the engine : it has been completely rebuilt by Heffner Performance with Pankl connecting rods complete with JE pistons and a compression ratio of 9.0:1, a setup up using two Precision Turbo 72mm ball bearing units with a custom built water to air intercooler and an AEM engine management system ... the result is 1,300hp at 14psi ... after all is said and done 1,104hp arrive on the wheels.

This specific car was built at the request of the original owner back in 2008, note that it took over $250,000 to create initially, not counting the price of the car itself ... So bottom line is we might be looking at a one of a kind Lamborghini Murciélago Twin Turbo GTR edition ... one more detail that might be even more interesting ... this is the hard core six-speed manual gearbox version not the optional e-Gear model ... listed firmly at $200,000 CAD with a mere 27,000km on the counter ... exclusivity and power comes at a price ...

Interested in buying this special car? Get in touch with ZR Auto and drive this beauty away.

Printed from www.lambocars.com/lambonews/1300hp_twin_turbo_murcielago_for_sale.html on August 5. 2020 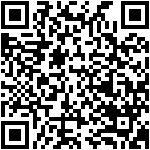