With the same speed it has shown at the Italian high speed track in Monza, the Reiter Engineering Lamborghini Murciélago R-GT was successful in the practice sessions at Spa-Francorchamps. Peter Kox and Jos Menten, helped by Jeroen Bleekemolens, also from the Netherlands, drove the sixth fastest time on the 7,004 km track in the Ardennes hills. They were just six tenths of a second behind the pole setting Corvette of Mike Hezemans.

"It is a great success for us to be so near to the Pole on a long and fast track like this", said Hans Reiter. "Especially as we have never been here before and had to learn a lot about the circuit."

But the Total 24-hours of Spa started badly for the Team. Jos Menten had to stop the car on only his third lap in the race with a broken drive shaft. Luckily this happened right before the entrance of the pit lane so the Reiter Engineering mechanics were allowed to push the Murciélago into the pit box. The repairs were made within eight laps and Jos Menten then rejoined the race. Menten drove for nearly 45 minutes before he entered the pit lane again for a security check. As he tried to rejoin the race again, the drive shaft broke for the second time.

In the following two hours of racing, Jeroen Bleekemolen drove his first stint while Peter Kox had his time in the nr28 car. Both drove identical times with the frontrunners and made their way through the field.

At the end of the fourth hour, Bleekemolen was handicapped by collected tire pick up. One of these pieces of rubber broke through the fender at the front end and released the emergency switch for the electrical system but Reiter Engineering was lucky because this incident happened again at the entrance of the pit lane. After the mechanics had repaired the damage, racing in its purest definition started.

All three Reiter drivers set the same consistent times as those driven by the GT1 frontrunners. At the half way mark of the race, the nr28 was near the top 20 of the 46 cars in the field, but in the bewitched 13th hour the team had to retire after once again a drive shaft was broken.

As Hans Reiter analyzed and assessed the issue, he said "It seems that there were some changes to the manufacturing of this kind of drive shaft. We've never before had such an accumulation of damage in the transmission area. Three times we had the same drive shaft problem. We will have to clear this up before we go to the next race at Adria in September."

Unfortunately the customer car of ALL-INKL.COM Racing wasn't able to finish the 24hrs of Spa either. They had to retire for the same reasons.

The seventh round of the FIA-GT championship will take place on the 8th of September at the Adria Raceway, 50km south of Venice, Italy. 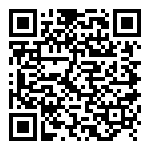