During the weekend of May 20 to 21 the Lamborghini Club UK organized the Supercar Celebration, which drew a massive amount of stunning Lamborghini's from all over Europe ... just about every model made was present, from the early V12 GT right up to the latest Gallardo and Murciélago models, about 130 'Raging Bulls' made the trip to this event.

Some of the European cars from the mainland used the Eurotunnel to travel to the United Kingdom, and during this long trip several people gave the 'thumbs up' when passing, others remained behind these amazing super cars to enjoy the sound on that marvelous Lamborghini engine. Once arrived at the Eurotunnel terminal it became obvious the width of most Lamborghini's wouldn't fit into the normal car section, so they were stored between the busses and mobile homes ... what a treat for those traveling to the UK at that time.

After arriving in the UK on Friday, some drivers took the tourist route over Hastings and Eastbourn to arrive in Brighton after a two hour drive. At the Grand Hotel the valet were more than willing to take the keys and park a Lamborghini in the garage ... think again, most owners took their car into the hotel garage themselves, and were surprised ... it looked like Ali Baba's cave in there ... the most beautiful, most expensive and latest Lamborghini's were parked side by side, the sound and smell was beyond what words could describe ...

A second visit at the garage later that evening only confirmed that first impression, not a square inch was left unused, rows and rows of super cars, some owners were even cleaning their pride and joy for the event, talk about commitment to show their car the best way possible ... in the UK weather that is.

Next Saturday a drive to the famous museum at Brooklands was planned, including breakfast ... with a fast drive over the famous Motorway, but the best was seen on the parking lot, a massive collection of Lamborghinis together. Afterward a scenic drive back to Brighton was undertaken, with hundreds of enthusiasts along the road to catch a glimpse of their dream car.

Back in Brighton a large section of the boulevard was 'Lamborghini parking only', all other makes were taken to a different section so you would get an 'all Lamborghini' display ... including a tractor, a really nice touch from a local farmer.

The only downside to this area was the salt that settled on the cars, being so close to the sea had it's disadvantages ... fortunately it would rain again afterward.

To close such a great day an impressive diner was planned in the lounge, you were required to arrive in 'Black Tie', but it was worth it, black and yellow were the colors found on the tables ... the Automobili Lamborghini SpA company colors naturally. During a nice speech Valentino Balboni was again celebrated for all the work he has done for Lamborghini in the past, and the efforts he still does today ... I'm sure that Valentino is highly regarded at Sant'Agata and all over the world as a matter of fact.

On Sunday the entire Lamborghini collection was parked 'on the green', an amazing sight that drew a lot of visitors, despite the bad weather, this Supercar Celebration was a great event for both owners and enthusiasts, sometimes a bit crowded, but who wouldn't want to get a look at these rare automobiles in such numbers.

Printed from www.lambocars.com/lamboevents/lamborghini_supercar_celebration.html on August 3. 2020 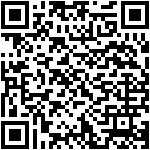