November 21 was an important day at Yokohama, Lamborghini not only held their Lamborghini Day 2018 Japan at that location, but it also marked the official Asia Pacific premiere of the new Lamborghini Aventador SVJ, the lap record holder for production cars a the Nürburgring-Nordschleife in Germany ... a Milestone model in the Aventador lineup.

Over 200 customers gathered at the Yokohama Super Factory film studio, bringing their Lamborghini to be shown on display while they admired the Ad Personam possibilities inside, or checked out the Collezione Automobili Lamborghini collection while the Squadra Corse department was present with partners like Pirelli and Roger Dubuis.

Also note a display was set up with all five of the special Lamborghini Aventador S Roadster models for the Japanese market, the 'Aventador S Roadster 50th Anniversary Japan' series consists of five unique cars inspired by the five natural elements of Japanese culture: water, earth, fire, wind, and sky, in the case of the “water” version, the blue tends to black.

Japan is still a very important market for Automobili Lamborghini SpA, with no less than 9 dealers, the latest opened this year in Sendai, the introduction of the Super SUV will surely expand the customer base in the area even further.

In the evening a parade of over 200 Lamborghinis went through central Yokohama, including Minato Mirai, Yokohama Red Brick Warehouse and Yamashita Park. Cars like the sensual Miura, the legendary Countach, and the intimidating LM002 took part alongside more recent models from the Aventador and the Huracan lineup.

An auction was held to raise funds for the victims of the natural disasters in Osaka, Hokkaido and other regions in Japan would see all proceedings to be donated to the Red Cross in Japan.

Printed from www.lambocars.com/lamboevents/lamborghini_day_japan_2018.html on June 1. 2020 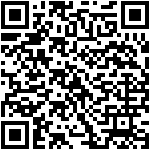