Norway, along the challenging Trollstigen road and the Geirangerfjord, was the setting for Lamborghini Avventura 2018: the series of Lamborghini car expeditions to discover the most spectacular places and roads in the world. Following previous events in Andalusia and Transylvania, this year it was Norway’s turn, along a route of almost 500 km between the sea, mountains, waterfalls, glaciers, and the midnight sun.

The convoy started off from Ålesund, a picturesque Art Nouveau town in the northern part of the region of the fjords on small interconnected islands. From there, the Lamborghinis challenged the mythical Trollstigen, commonly known as the road of the Trolls, legendary creatures of Norwegian folklore with grotesque human features. A masterpiece of road engineering, the Trollstigen was completed in 1936 following eight years of work, and winds along eleven hairpin turns that climb dizzily up a vertical wall of rock and waterfalls.

The Lamborghini group continued through Valldal, the valley of strawberries, and on to Geirangerfjord, designated a World Heritage Site by UNESCO and featured on every list of the most spectacular places in the world. The adventure continued across the Jostedalsbreen, the largest glacier in Europe, and the convoy of super sports cars demonstrated the utmost reliability even on a dirt road with a lunar landscape. After a rest stop in the quiet village of Loen, situated at the end of an arm of the Nordfjord, and ferryboat transfers, the group finally arrived at Mount Aksla, which overlooks the fairy-tale town of Ålesund.

Printed from www.lambocars.com/lamboevents/lamborghini_avventura_2018.html on July 3. 2020 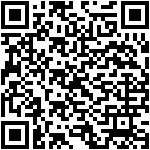